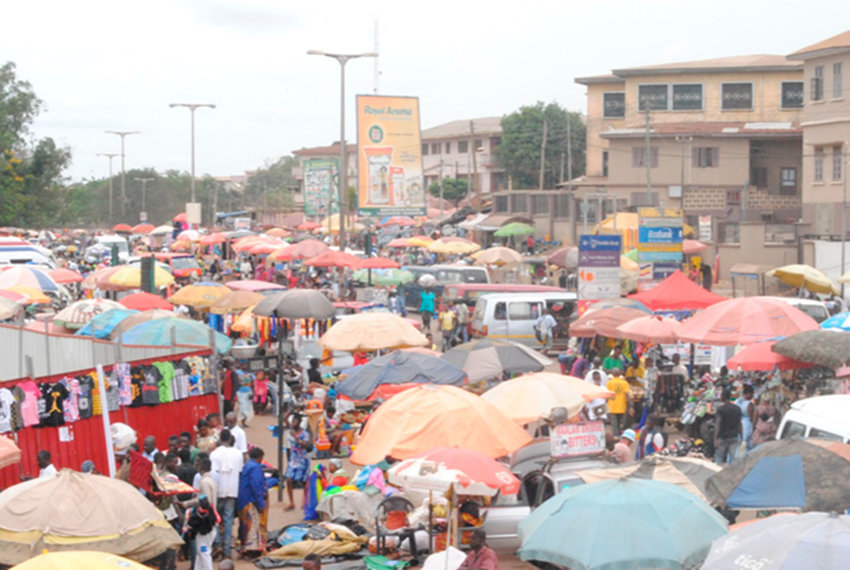 The Kumasi Metropolitan Authority (KMA) has issued a 72-hour ultimatum to traders and hustlers who have been doing business on the Apagyafie–Kejetia and Adum routes, to leave the areas to allow the Asantehene, Otumfuo Osei Tutu II, free passage.

These routes, according to the KMA, are ceremonial roads for the King of the Ashanti Kingdom and must not be congested at all times.

A statement released by the KMA on Sunday, April 25, gave the traders up to Wednesday, April 28, 2021, to quit the areas they’ve been plying their trade for some time now and revert to where they were originally designated to avoid any action by the security.

The KMA says its instructions follow a directive it received from Otumfuo’s Secretariat.

“The Kumasi Metropolitan Assembly wishes to draw the attention of the general public that it has received a directive from the Asantehene, Otumfuo Osei Tutu II’s Secretariat in a letter signed by the Chief Protocol Officer indicating that henceforth, His Royal Majesty would be using the ceremonial routes meant for him. These routes are Dr. Mensah to Otumfuo roundabout to Adum Melcom and Harper Road.”

It added: “In furtherance to this, the Kumasi Metropolitan Assembly is by this release drawing the attention of all traders and motorists on that stretch that, henceforth His Royal Majesty, Asantehene Otumfuo Nana Osei Tutu II would be using the direct route from Manhyia through Apagyafie to Kejetia and Adum Palace for all traditional rites and that all traders who have blocked the right-of-way should vacate by Wednesday, April 28, 2021.”