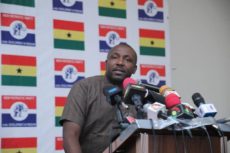 The governing New Patriotic Party (NPP) has condemned the disturbing secessionist acts in the Volta Region. 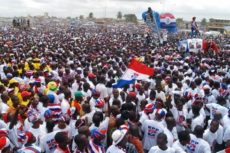 The New Patriotic Party (NPP) says it has received with profound shock and disbelief news of the passing of one its leading members, Lawyer Kwadwo Owusu Afriyie, which sad event occurred on Wednesday, July 1, 2020, at the Korle Bu Teaching Hospital. Until his passing, Sir John, as he was affectionately called, was the Chief […]

The governing New Patriotic Party (NPP) has set Saturday, June 27, 2020, to acclaim the President, Nana Addo Dankwa Akufo-Addo as the party’s Presidential Candidate for the 2020 elections.

The New Patriotic Party (NPP) has affirmed Saturday, June 20, as the date to hold its Parliamentary primaries in the 168 constituencies where the party has sitting Members of Parliament to elect parliamentary candidates for the 2020 parliamentary elections.