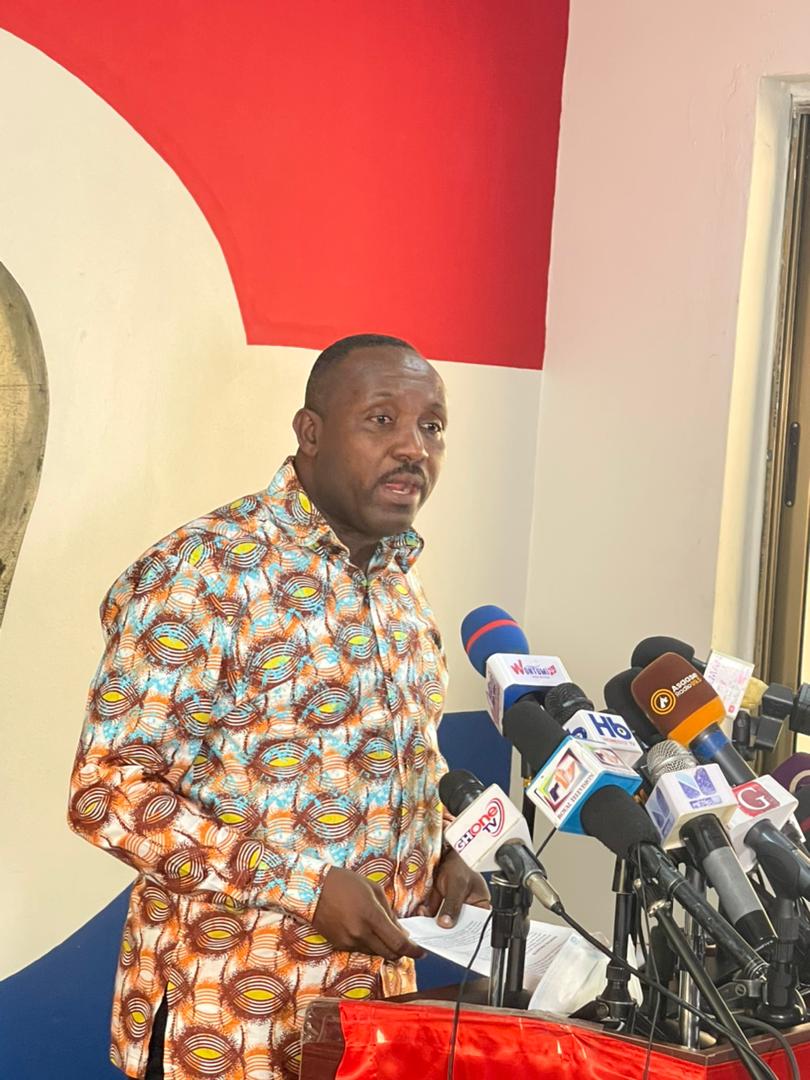 The New Patriotic Party (NPP) has said Ghanaians made a big mistake in allowing John Mahama to rule the country because he left behind the worst economic record ever in the history of the Fourth Republic.

Speaking at a press conference in Accra on Tuesday, September 7, 2021, the General Secretary of the governing NPP, John Boadu said Mahama’s then Finance Minister, Seth Terkper, was bereft with ideas, leaving the economy in its worst state by the time President Nana Akufo-Addo came to power.

“Former President John Mahama and Mr. Seth Terkper are on public record as being the worst duo to have ever been in charge of the Ghanaian economy at the same time. Yet in their public forum on the 6th September, 2021, the duo sought to create the impression they had the best of times running the Ghanaian economy. Unfortunately for them, the facts show otherwise.

“Much as John Mahama seeks re-election on a campaign platform of ‘going back’ to the IMF, he attempts to confuse history by painting a rosy picture of his disastrous management of the Ghanaian economy between 2012 and 2016. Indeed, he put the economy in freefall after extremely reckless expenditure in excess of some GHS12 billion in pursuit of election victory in 2012,” John Boadu said.

He added: “His economy, under Seth Terkper, never recovered, leading to unheard of taxation measures on condoms and cutlasses. This period of economic mismanagement was marked by rising inflation and downward growth, with growth declining steeply from 14% in 2011 to 3.9% in 2016. This steep decline was in normal ‘bust and boom’ times, according to John Mahama. The worst economic crisis former President Mahama ever faced was falling commodity prices, which according to his boom and bust analysis, is normal for every administration. Yet, he could not manage to keep the economy on an even keel.

“One of the most barefaced assertions he makes in his remarks at the public event hosted by Seth Terkper is that, he inherited a bad economy. Of course, he did. From himself. Having ruined the economy he presided over as Vice President to the late President Mills, he stood before Parliament at his swearing in and proudly admitted running down the economy to the bone.

“This was an economy that had been moved from HIPC, with substantial debt relief, grown from 3.7% in the year 2000 to over 8% at handover in 2008, including newly discovered oil in commercial quantities and a revamped cocoa sector.”

According to JOHN Boad, Mahama cannot deceive Ghanaians again to lie his way back into power.
“Perhaps former President Mahama has forgotten so soon his abysmal record reflecting incompetence, corruption and greed for power.

“After eight elections, the Ghanaian electorate has become very sophisticated at reading between the lines. The half-truths and outright lies will fail to pass electoral scrutiny in 2024.

“The NPP is urging former President Mahama to up his game as we continue with the serious business of resolving Ghanas’ development challenges with a focus on investing in people and a support environment for growth,” he concluded.