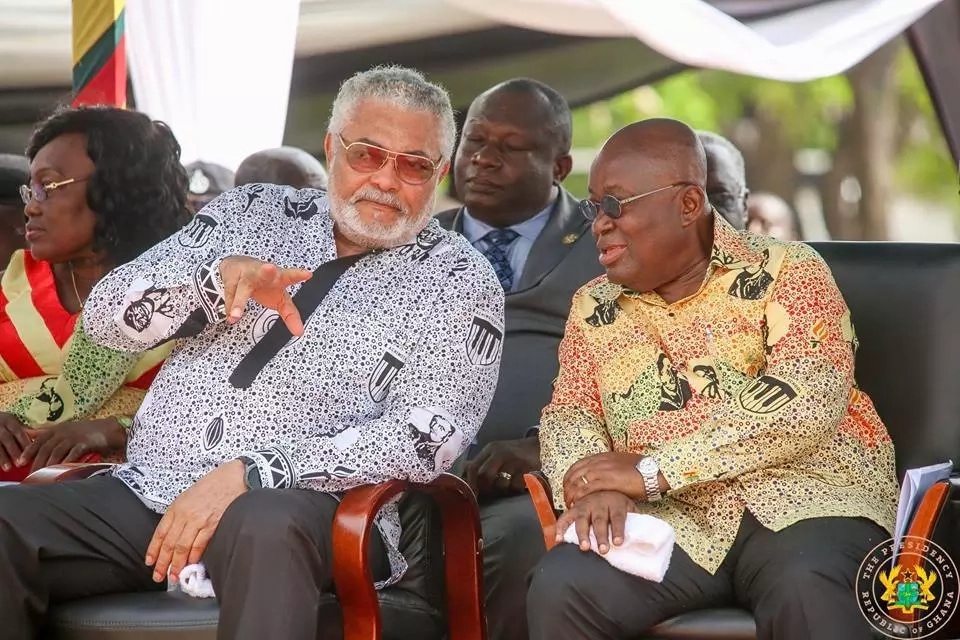 Former President, Jerry John Rawlings has rejected an offer by the President of the Republic, Nana Addo Dankwa Akufo-Addo to rename the University of Development Studies (UDS) after him.

A draft Public Universities Bill, 2019, which is yet to be tabled before Parliament for consideration has proposed renaming four universities after eminent Ghanaian personalities, including the naming of UDS after Mr. Rawlings who ruled Ghana from 1979 to January 7, 2001.

UDS was established by PNDCL 279 during the reign of Mr. Rawlings as Head of State of Ghana.

However, a statement signed by Kobina Andoh Amoakwa from the Communications Directorate of the Office of Mr. Rawlings and released in Accra, Tuesday, April 9, 2019, said much as the Founder of the opposition National Democratic Congress (NDC) appreciates the honour done him by President Akufo-Addo, he would be glad if the University is not named after him.

The former President, according to the statement, has had a long-standing principle not to have national monuments and facilities named after him.

“When the proposal for the naming of the UDS was first brought to the former President’s attention by the Education Minister in 2017, he thanked the President and the government for the honour, but politely declined the offer because he had a long-standing principle not to have national monuments and facilities named after him.”

“Indeed in November 2015 when the then government of the day offered to name the Offshore Cape Three Points Floating, Production, Storage and Offloading (FPSO) vessel after him he turned down the offer as well. The former President has since the publication of the details of the new bill to be tabled to Parliament written to the Minister of Education to reiterate his position and kindly requested that the re-naming of UDS after him be withdrawn from the Draft Bill to be submitted to Parliament”, the statement in part read.