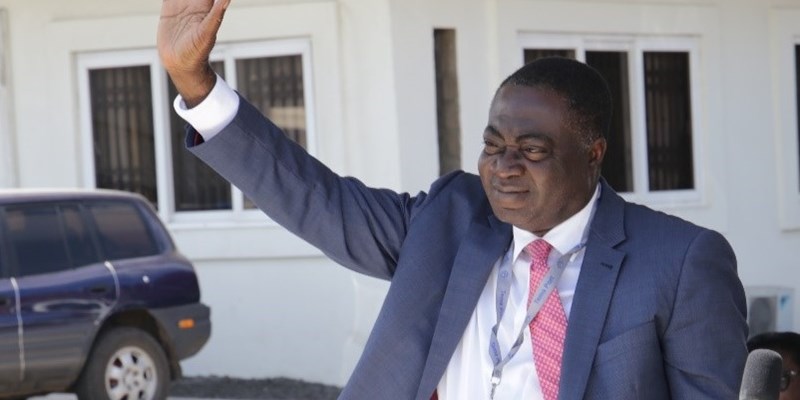 A defeated candidate in the NPP parliamentary primaries in the Kumawu constituency in the Ashanti Region, Lawyer Edward Kofi Osei, has denied ever directing his team to take back all the items and some money he allegedly doled out to delegates prior to Saturday’s polls.

He has in the process, cautioned his supporters to refrain from going after delegates and demanding for all the items and money he allegedly gave them after failing to give him their mandate to represent the party in the 2020 parliamentary polls.

To Mr. Osei, such acts to not promote unity in the party, stressing that it was about time they unite and become a force to reckon with in order to win the 2020 general elections.

The U.S-based legal practitioner who polled 73 votes against 184 garnered by the incumbent Member of Parliament (MP), Philip Basoah, told journalists on Monday, June 22, 2020, that although his is disappointed by the outcome of the primaries, he is ever prepared to support the elected candidate to retain the seat for the NPP.

Two other candidates who also contested in the primaries, Dr. Philip Yaw Bannor and the deputy Minister of Trade and Industry, Robert Ahomka Lindsay polled 60 and 52 respectively.

Reports were rife in the constituency that moments after the election, some team members of Mr. Osei stormed the homes of some delegates to allegedly demand for the items and monies they paid them which ranged between GH₵3,000 to GH₵3,500 for votes.

One Kwadwo Gyesaw, a delegate at Liberation Christian Centre who took GH₵3,000 from the campaign team of the lawyer and failed to vote for him according to the agreement said told reporters that four men stormed his house last night and demanded for the money.

Some other candidates including the deputy Women’s Organizer, Gifty Dwumah, whom the team did not meet in their various houses said they will not refund the money since they did not beg the candidate for such a gesture.

They however, told Mr. Osei to call his boys to order.

But Mr. Osei commenting further, said he has no hand in the allege exercise being embarked on by his supporters. He therefore cautioned his team members to refrain from such acts.