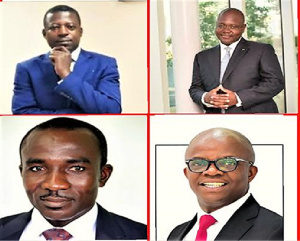 The dream of the incumbent Member of Parliament (MP) for Bantama constituency, Daniel Okyem Aboagye, to represent his people on the ticket of the governing New Patriotic Party (NPP) a second time could not materialize after suffering a heavy defeat at the hands of the deputy Chief of Staff, Francis Asenso Boakye.

The ‘Bantama Smart boy’ could not much the prowess of the ‘Bantama Show boy’ Asenso Boakye. He polled 122 votes against 456 garnered by the deputy Chief of Staff.

In a similar contest in the Nhyiaso constituency, the Chief Executive Officer of the Microfinance and Small Loans Centre (MASLOC), Stephen Amoah beat the incumbent MP, Kennedy Kankam in a very close contest.