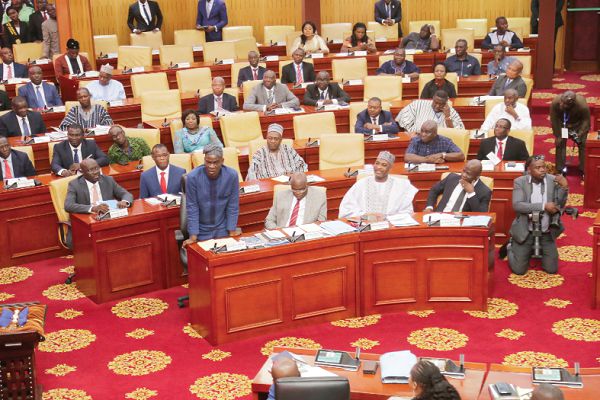 The Minister of Health, Kwaku Agyeman Manu, had a hectic time explaining himself when he appeared in Parliament on Tuesday, May 19, 2020, to brief Members over how government has managed the novel Coronavirus (COVID-19) and the outbreak of Cerebrospinal Meningitis in some northern parts of the country.

Mr. Manu in his brief, cited commendations from the World Health Organization (WHO) and an opinion post in the Washington Post regarding the country’s handling of the COVID-19 pandemic to pat the Akufo-Addo administration on the back.

He had a cool time with lawmakers belonging to the political party he is a member of – the New Patriotic Party (NPP) which forms the Majority Caucus of the country’s legislature.

However, the story was different from the Members of the Minority Caucus who belong to the opposition National Democratic Congress (NDC).

Deputy Ranking Member of the Health Committee, Robert Kuganab-Lem, questioned the basis upon which government announced that the country’s cases had peaked.

He argued that the announcement by government has created room for all other figures including recoveries to be doubted.

The Minority Chief Whip, Mohammed Mubarak Muntaka Muntaka, contributing to the discussion on the floor lashed out at speech writers of the President for what he termed an embarrassment to the nation with a claim Ghana is leading the continent with testing figures which turned out to be false.

The lawmaker for Asawase did not also spare the Health Minister himself whose public pronouncements, he noted, have been counterproductive.

Hon. Muntaka further accused him of engaging in praise singing and self-glorification when human lives are being lost.

The Majority Leader, Osei Kyei-Mensah-Bonsu, who tried to rescue the Health Minister, accused the Minority of playing mischief with the pandemic.

A visibly emotional Agyeman Manu, reacting to the concerns of the Minority wondered what exactly the NDC MPs want from government in respect to the fight against COVID-19.

According to him government is doing everything right to ensure the battle is won based of advice from health experts.