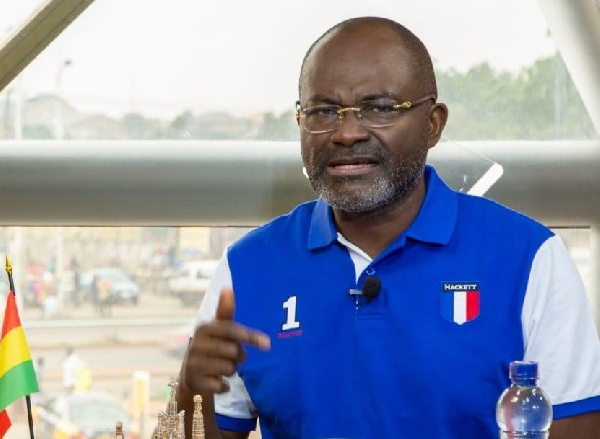 A High Court in Accra says it has not received any orders from the Supreme Court to discontinue hearing the case brought against maverick politicians, Kennedy Ohene Agyapong.

The court presided over by Justice Amos Wuntah Wuni has, however, adjourned the case to Friday, September 25, 2020.

This is to enable lawyers for Mr. Agyapong to come to court and respond to the charges brought against their client.

The court said its attention has been drawn to the Supreme Court case filed but there has not been any orders from the apex court to discontinue hearing the matter.

Lawyers for Mr. Agyapong led by Kwame Gyan told the court they are supposed to return to the Supreme Court on October 13, 2020 and therefore prayed to the court to consider the date as such.

Lawyers for the MP filed a judicial review application at the apex court Thursday, barely 24 hours after he was supposed to appear before the High Court and explain why he should not be punished for allegedly describing the judge as “stupid”.

The MP wanted the Supreme Court to stop the High Court from hearing the contempt case and also quash the order of summons for him to appear before the court on the basis that the particular court (Land Court 12) that summoned him had no jurisdiction to do so.

However, the court said it could not wait for a whole month before it could dispense justice, noting that it will go ahead to deal with the matter until the Supreme Court determines otherwise.

The High Court could not understand why the contemnor and his lawyers will deploy a strategy aimed at frustrating the court in dispensing justice.

The Assin Central legislator was present in court.