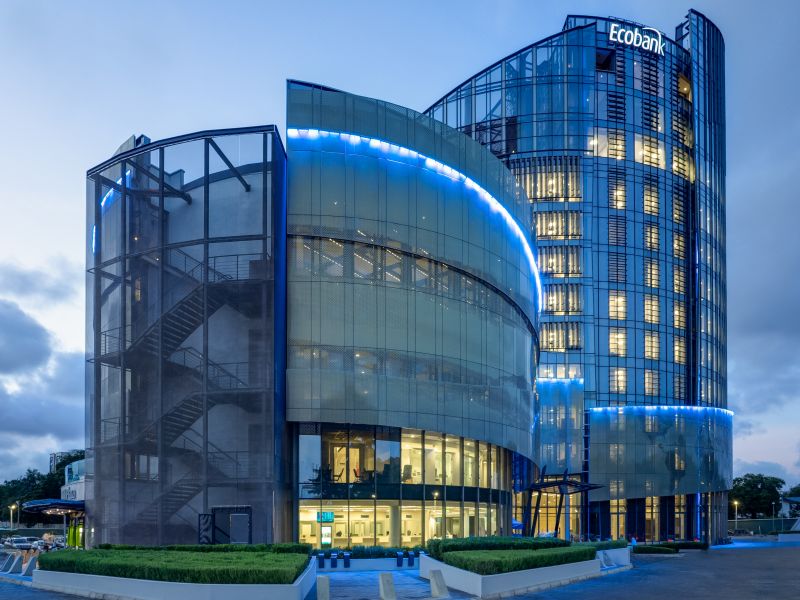 Ecobank Ghana on Thursday, November 25th, 2021 displayed, with impunity, its distaste for Orders issued by Ghana’s Superior Court by causing to be removed a Writ of fieri facias (fi-fa) issued from the High Court (Commercial Division), Accra and pasted on its Head Office premises.

The High Court issued the writ based on orders of the Supreme Court on 1st June 2021, that the amount of GHS96,304,972.41 “Which has been admitted in the affidavit of the Head of Legal Department of [Ecobank Ghana]” should be reflected in the entry of judgment..

The Apex Court further ordered that a motion for stay of executive, which had been filed by Ecobank Ghana, “is hereby struck out as withdrawn. Execution could only be levied on the admitted sum of GHC96,304,972.41 by {Daniel Ofori]”

The supreme Court was presided over by Chief Justice Anin-Yeboah, with Justices Dotse, Baffoe-Bonnie, Appau and Pwamang also on the panel.

The writ is to enable payment to Daniel Ofori, an investor, who had successfully sued Ecobank Ghana to be paid the amount of GHS96,304,972.41 from the sale of properties of the bank being attached, including the bank’s Head Office building.

A Bailiff from the High Court, accompanied by a personnel of the Ghana Police Service and other Judicial Service Personnel thereby proceeded to serve the Legal Department of Ecobank Ghana with the process after which they attached the building at both entrances.

Moments after the pasting of the writ of fieri facias (fi-fa) on the Head Office Building, and in the full view of the Bailiff and Judicial Service Personnel, a gentleman believed to be a staff of Ecobank Ghana removed the writ, an action evidencing gross disrespect for the Supreme Court; the highest court of the Land.

The action of this purported staff of the bank, captured in a video, has since gone viral with many, questioning why the Apex Court had not cited Ecobank Ghana for Contempt of Court or is it a case that Ecobank Ghana is above the law?

Some are also of the view that if the said action by the purported staff of the bank had been carried out by the investor in the case, would the court had spared him?

The Supreme Court, on the 25th July 2018, gave judgment in favour of Daniel Ofori in the case, reversing earlier decisions of the Court of Appeal and the High Court.

The Supreme Court, on 17th June 2020, reaffirmed its decision with a clarification in respect of the calculation of interest on the amounts payable to Daniel Ofori.

An application by Ecobank Ghana for review of the 17th June 2020 decision of the Supreme Court was unanimously dismissed on 24th March 2021, with the Supreme Court again clarifying how the interest on the invested capital was to be calculated.