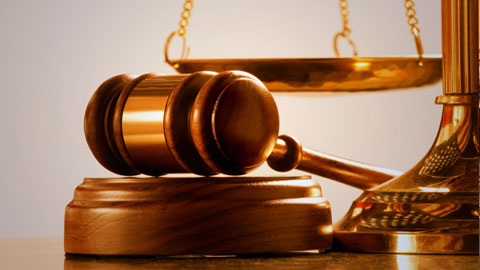 Re: Daniel Ofori vs Ecobank and others

We act for Mr Daniel Ofori in respect of a suit against Ecobank Ghana Limited. Following a writ of fieri facias (fi-fa) which we caused to issue against the bank for its failure to pay the sum of GH₵96, 304,972.41 which the Supreme Court, has ordered them to pay Mr Ofori, based on the bank’s own admission at a hearing on 1st June 2021. After the pasting by a court bailiff of the fi-fa on the Head Office building of Ecobank on Friday, 26th November 2021, Ecobank issued a media release dated 26th November 2021 in which false and libellous allegations are made against Mr Ofori.

For, instance, it is simply not true that Mr Ofori tendered in evidence the investment agreement between Ecobank and himself at any stage in the case. The truth, as the court records and the judgment of the Supreme Court, dated 25th July 2018, confirm, is that Ecobank itself admitted that the agreed interest rate on the investment made by Mr Ofori with Ecobank was 30%. The judgment of the Supreme Court was therefore based on this admission.

Having regard to the fact that the Supreme Court judgment was based on Ecobank’s own admission, it clearly does not make sense to suggest that Mr Ofori has forged an investment agreement to prove his case against Ecobank. After the judgment of the Supreme Court, Ecobank surfaced with a document it described as the investment agreement in which was inserted the figure 15 as the percentage for interest on the investment. This was completely at variance with the 30% Ecobank had itself admitted to. It is Ecobank which has an interest in contradicting its earlier admission by seeking belatedly to introduce a document in which an interest rate of 15% is being put forward three years after the judgment of the Supreme Court and even after the failure of the application for review in March 2021.

In opposing the application for review, we drew the Supreme Court’s attention to the fact that the document Ecobank was now relying on lacked credibility, bearing on its face several handwritten alterations, and having issues with dating. The Supreme Court, by a unanimous decision, refused to review its decision on the ground urged by Ecobank that it had now discovered the investment agreement. The Court also refused to order the Police to conduct the forensic examination of the document Ecobank is now putting forward and which its media release is referring to. It is, indeed, worthy of note that Ecobank tried at least three times without success to have the Supreme Court take into account their document with 15%. Ecobank, having failed to get a Court order for this, has apparently, by itself, taken a document for forensic examination and made libellous accusations against Mr Ofori by reference to this.

We should also point out that we wrote to the Registrar of the Supreme Court on 21st November 2021 and obtained confirmation that there was no pending application for a stay of execution in that court before we proceeded to have the fi-fa notice pasted on the head office building of Ecobank. The earlier garnishee proceedings referred to in the media release of Ecobank are a different kind of enforcement process from the fi-fa that is currently being pursued by us on behalf of Mr Ofori.

Ecobank has, for years now, deprived Mr Ofori of funds he had in an account with the bank and part of which he invested on the terms admitted by the bank. Such conduct is plainly wrong, being a breach of Ecobank obligations as a bank to Mr Ofori as a customer. This has had serious consequences for Mr Ofori’s business.

Incredibly, the Ecobank media release, as part of its imputation of wrongdoing on the part of Mr Ofori, refers to him receiving dividends on shares which, according to him, he had sold to a third party. The Supreme Court considered this issue and recognized that the dividends were received by Mr Ofori at the time when the High Court and the Court of Appeal had decided that the share sale transaction had not successfully taken place. In the words of the Supreme Court, “by acting in reliance on those judgments and collecting the dividend he [Mr. Ofori] did nothing wrong.”

It is a matter of grave concern that, after the court official pasted the fi-fa notice on the Ecobank building following Ecobank’s failure to make the payment ordered by the Supreme Court, a member of Ecobank staff removed the notice, showing contempt for the lawful court process. Ecobank should not seek to take the law into its own hands.

Clearly, the best way for Ecobank to give assurance to its customers, shareholders, and the general public about its standing as a bank is to obey court orders, specifically, at this time, the order of the Supreme Court to pay Mr Ofori GHS 96, 304,972.41. Otherwise, we will have no option but to proceed with the fi-fa on the head office building.