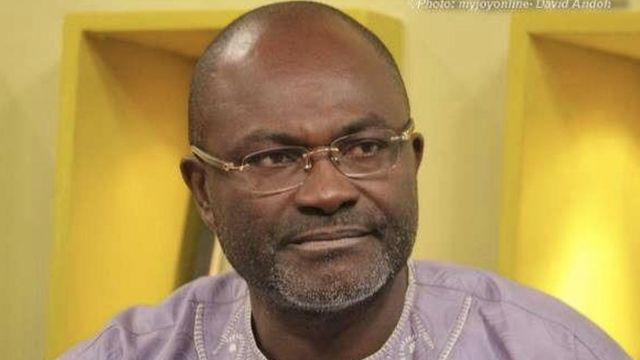 Assin Central Member of Parliament Kennedy Agyapong has pleaded not guilty in the contempt charges against him at the High Court.

The controversial MP made the plea after the tape of his attack on the judge was played in court Friday.

The case has been adjourned to Monday, September 28.

What happened in court last week

An Accra High Court Judge, Justice Amos Wuntah Wuni, has stated that he has not received any orders from the Supreme Court to stop proceedings in the contempt case against Kennedy Ohene Agyapng.

The case has, however, been adjourned to Friday, September 25, for his lawyers respond to the charges against him.

Lawyers of Keneday Agyapong led by Kwame Gyan argued that, the returned date at the Supreme Court is October 13, 2020.

But the court said it cannot wait for a whole month to dispense with justice and said it was going to deal with the matter until the Supreme Court determines otherwise.

He said the contemnor and his lawyers cannot just file processes to frustrate the court in dispensing with justice.

The court has, however, adjourned the case to Friday October 25 for the lawyers to make legal argument on the matter

The New Patriotic Party (NPP) Member of Parliament for Assin Central, has asked the Supreme Court to stop contempt proceedings against him by the Accra High Court.

Lawyers for the MP filed a judicial review application at the apex court Thursday, barely 24 hours after he was supposed to appear before the High Court and explain why he should not be punished for allegedly describing the judge as “stupid”.

The MP wants the Supreme Court to prohibit the High Court from hearing the contempt case and also quash the order of summons for him to appear before the court on the basis that the particular court (Land Court 12) that summoned him had no jurisdiction to do so.

In his affidavit in support, the MP avers that his comments was not against Justice Amos Wuntah Wuni of Land Court 12 but was rather against a different judge in another matter at Labour Court 2, for which he said he had duly apologized.

“The words uttered which I deem uncomplimentary and I have since apologized were not directed at the Court, presided over by his Lordship Amos Wuntah Wuni, the Court is not seized with jurisdiction to order the applicant to appear and to answer why he should not be severely punished for contempt of court,” the MP said in his affidavit in support.

The High Court in Accra last Monday issued further directives in the form of Substituted Servcie for MP for Assin Central Kennedy Ohene Agyapong to appear before court on his contempt charge.

In court last Monday, when the case was called the contemnor (Ken Agyapong) was not in court because he has not been served personally with the order to appear before the court.

The court said….”That being the current state of affairs regarding the service of order to appear in court, service of the order will be made by substituted service in the following manner;

“By posting a copy of the order and the court’s surmons to show cause issued on Sept 9 to be served on the said Kenneddy Ohene Agyapong to appear before this court on the notice board of the High Court, Land Division, Law Court Complex.

“By posting a copy of the order together with the hearing notice on a conspicuous part of Net2 TV and Oman FM stations, Holywood Building, Medina Zongo Junction, Accra.”

The court said the order “shall remain posted for three days (returnable on Friday Sept 18).”

The court said said there was a proof of non-service on Kennedy Agyapong to appear before the court personally.