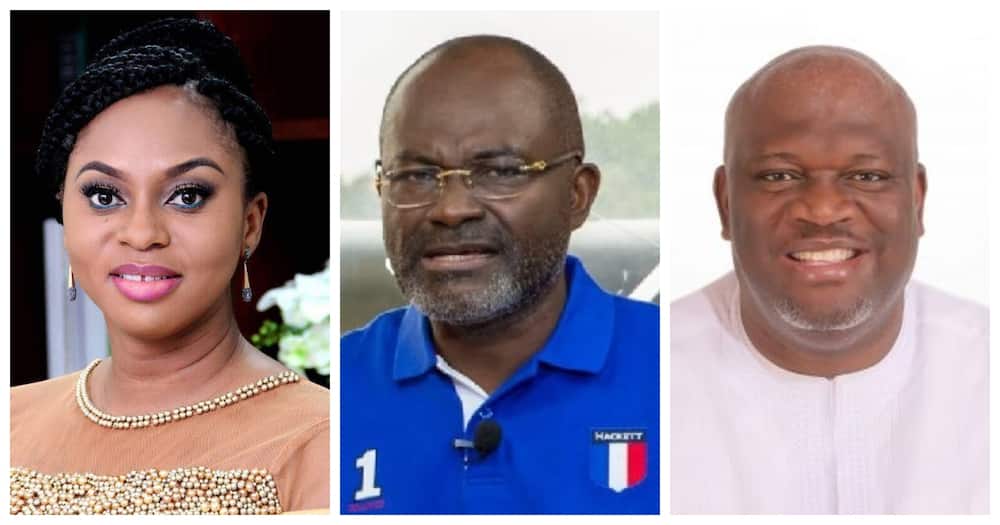 The Privileges of Committee of the Parliament of Ghana would on Thursday, May 26, 2022, begin to hear the three New Patriotic Party (NPP) Members of Parliament (MPs) who have been accused of breaching the 15-day absence rule of the legislature.

Among the accused are Henry Quartey, MP for Ayawaso Central and Minister for Greater Accra Region, Kennedy Agyapong, MP for Assin Central, and Sarah Adwoa Safo, MP for Dome-Kwabenya and Minister for Gender, Children and Social Protection.

They were hauled before the Privileges Committee by the Speaker of Parliament, Rt. Hon. Alban Sumana Kingsford Bagbin.

In a formal communication to the House on Tuesday, April 5, 2022, Rt. Hon. Bagbin said that based on independent checks by the Table Office of Parliament, the three NPP MPs have breached the 15-day rule.

“I have accordingly come to the irresistible conclusion that a Member who absents himself or herself from 16 sitting days of Parliament in a particular meeting, without the permission in writing of the Speaker falls squarely within the ambit of Article 97 (1) (c) of the 1992 Constitution and Order 16 (1) of the Standing Orders of Parliament”, he noted.

That notwithstanding, Order 16 (1) of the Standing Orders of the Parliament of Ghana also states that “A Member shall not absent himself during a meeting for more than fifteen sittings without the permission in writing of the Speaker. Any Member infringing this Order shall have his conduct referred to the Privileges Committee.

Rt. Hon. Bagbin in referring the three NPP MPs to the Privileges Committee told the House that he has no written permission from any of the three.

Per the working schedule of the Privileges Committee, Henry Quartey, would be the first to appear before the Committee on Thursday, May 26, 2022.

He would be followed by Sarah Adwoa Safo on Friday, May 27, 2022 while the Assin Central lawmaker, Kennedy Agyapong would appear before the Committee on Tuesday, May 31, 2022.

Ricketts-Hagan speaking to Citi FM as to why the hearing would be held in-camera, said the Committee’s decision was informed by the nature of evidence it has been hinted of. The evidence, he noted “might be on medical grounds”.

“I’m telling you the Committee’s decision is that we didn’t think that it will be appropriate to discuss what is likely to be health matters because we know that at least two of them or all three of them have been dealing with some medical issues and we thought that it will not be appropriate”, noted the Cape Coast South lawmaker.