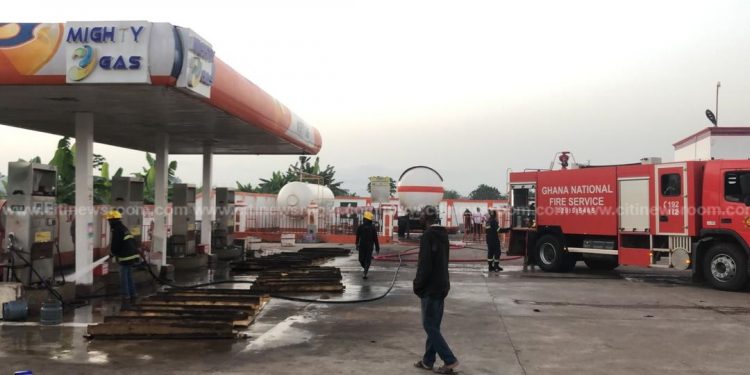 Some 14 persons are receiving treatment at the Ho Teaching Hospital after they sustained injuries in a Wednesday dawn gas explosion at the Mighty Gas Filling station in Ho, the Volta regional capital.

Reports say, the loud sound at the station, situated few metres away from the Teaching Hospital along the Ho-Kpetoe road, prompted residents to call the Ghana National Fire Service, whose personnel responded swiftly to the incident and brought the inferno under control.

Among the injured rushed to the hospital by the ambulance service, were station attendants and some drivers who came to fill their cylinders.

Public Relations Officer of the Ho Teaching Hospital, Mr.  Amos Jah in an interview on Ho 92.5 FM Morning Show, said the injured persons include 12 males and two females. Two of the victims have been sent to the surgical theater and one other, who is having difficulty in breathing being attended to at the Intensive Care Unit.

The rest, he noted were in stable condition and responding to treatment at the emergency unit.

Meanwhile, the Regional Fire Command has launched investigations into the incident.