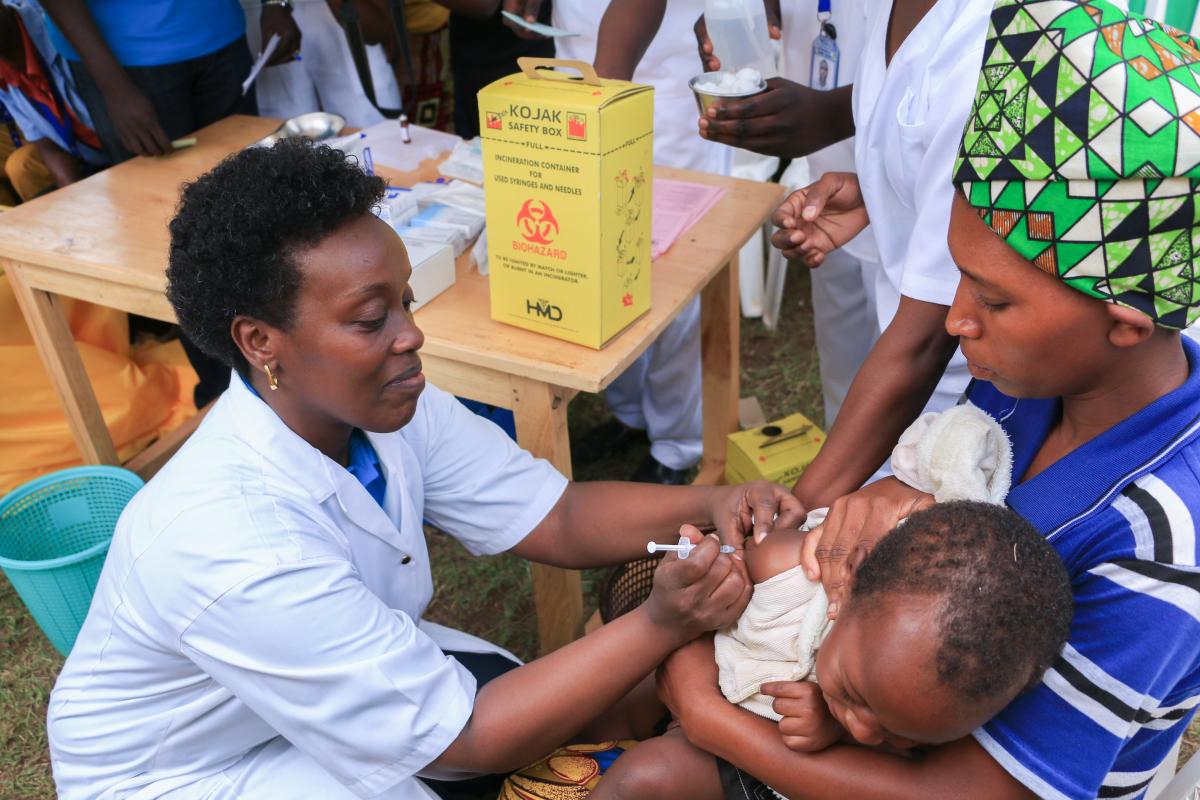 The Ghana Health Service (GHS) on Tuesday, November 10, 2020, launched the last phase of the Yellow Fever Preventive Mass Vaccination Campaign at Nsawam in the Eastern Region.

The vaccination exercise scheduled to take place from 12th to 18th November 2020 in 81 Districts and Municipalities in 14 regions in the country is targeting to cover 5.8 million people.

Yellow fever is an acute viral hemorrhagic disease that is transmitted by infected mosquitoes. The disease has no cure but a single dose of vaccination is capable of preventing infection in the entire life of an individual.

The Director-General of GHS, Dr.Kuma Aboagye in a speech read on his behalf by the Eastern Regional Director of GHS, Dr.Winfred Ofosu, stated that in 2010 Ghana conducted a Yellow Fever Risk Assessment which the results showed that, in order to reduce the risk, a two-phased Yellow Fever Preventive Mass Vaccination exercise be carried out: Phase “A” which covered 58 districts in 2011, 15 districts in 2012, and 65 districts in December 2018.

He said the Ghana Health Service has trained over seven hundred thousand health workers and volunteers who will be available at all health facilities and temporary health posts to administer the vaccine to all persons aged 10 to 60 years with exception of Pregnant women.

Additionally, mobile teams will move to towns and villages where they may be located at schools, churches, bus stops, security barriers, and market areas to vaccinate eligible persons. He assured that the Covid-19 preventive protocols will be strictly heeded.

“For yellow fever routine vaccination, coverage in 2019 was 92% of eligible infants a measure that is among the highest reported in the WHO-UNICEF immunization estimates. This ongoing success will help sustain the benefit of this mass Vaccination Campaign “.

He however said ” the sub-national coverage rate shows a lot of disparities with some Districts achieving coverage rate of below 80% .Such low coverage levels provide fertile grounds for the disease to transmit”.

He is hopeful that, the last phase of the yellow fever preventive Mass Vaccination Campaign will ensure that all persons across the country are protected for life from the disease in line with the global three -Year strategic plan dubbed Eliminate Yellow Fever Epidemic (EYE) being implemented to reduce the incidence of yellow fever epidemics by e ensuring that at least 95% of the target population in all districts are vaccinated by 2020.

Dr. Blais Bathondoli stated that Yellow Fever disease is emerging on the global stage as a significant threat to global health security with the potential to turn into public health emergency of international concern (PHEIC) therefore urged the general public and major stakeholders to effectively corporate with vaccination team in the six days exercise.