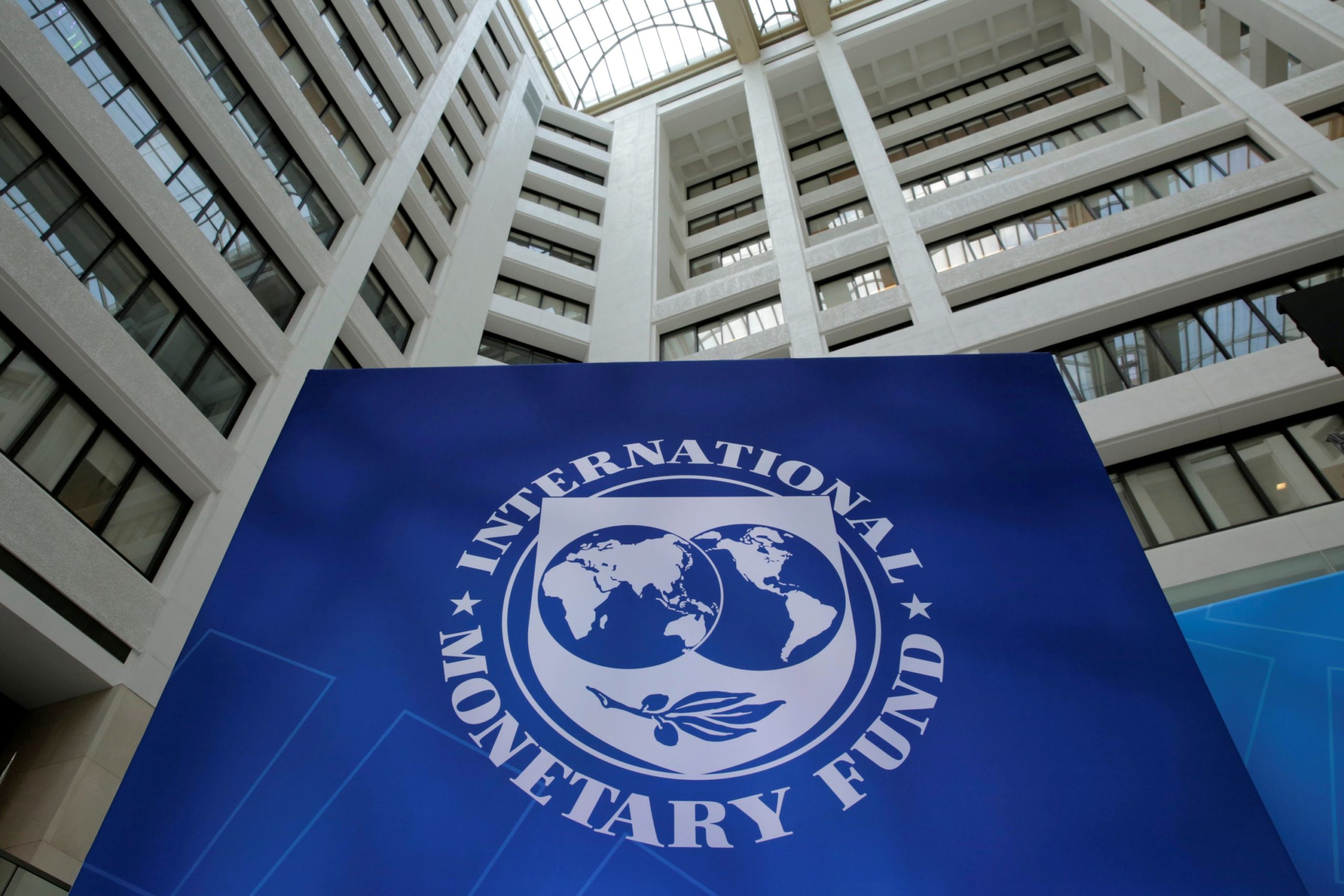 The return of Ghana to the IMF has generated a lot of controversies, arguments, and political equalisations among others in recent times.

But it should not split heads among Ghanaians. The reality is that Ghana is in financial distress and needs temporary relief since government cannot meet its revenue targets for 2022.

The woes of Ghana towards the march to IMF began from the moment the main opposition party in Parliament decided right from the party leadership level not to support the e-levy in any form, sent a bad signal and triggered panic to the international business/investor community.

The financial services architecture is built on the pillars of trust and confidence. Any wrong signal sent out creates panic in the system and engender withdrawals or inertia in additional investments. For those who follow international news on finance, you will recall that a BBC journalist broke news on liquidity challenges facing Northern Rock in UK and that resulted in the collapse of the bank and subsequent recession in UK as well as the global financial meltdown in 2007/8. Same with Lehmann Brothers in the US which exacerbated the financial crisis in 2007/8.

So, when people blame Parliament (influenced by the main opposition party) for frustrating and not passing the e-levy in good time, it is not political talk but reality in managing the expectations of the international investor community. The reason is that government had projected to raise about GHS100.5 billion in 2022 against an expenditure target of GHS137.5 billion giving an overall fiscal deficit of GHS37.0 billion equivalent to 7.4% of GDP. This was at a time Ghana’s public debt at the end of 2021 was estimated at GHS351.8 billion (about 76.6% of GDP) and the cedi had depreciated by 9% on the retail market. These conditions of high budget deficit, high debt to GDP ratio and high depreciating currency make investors nervous. But some investors still had faith in government hoping that if the e-levy was passed, it will bring in new revenue stream to shore up government fiscal position. By not passing it and generating huge controversies around it and the entire economy, what impression were we creating in the minds of the investors? How were we expecting the sovereign rating agencies to profile us?

The end result was that the Sovereign rating agencies quickly downgraded Ghana. This made it impossible for government to raise new bonds or had to do so at a very high cost. In addition, some investors also started disinvesting in Ghana and there was capital flight at the time government had not raised enough dollar bonds to shore up our reserves and stem the tide cedi depreciation. As a result, by the end of first quarter, the cedi had depreciated by 15.8%. The situation was worsened by the outbreak of the Russian-Ukraine war.

According to Kristalina Georgieva, the Managing Director of IMF, the world has never experienced these double crises—pandemic and war at the same time. She noted that the ability of the world to deal with them, are further complicated by another growing risk of fragmentation of the world’s economy into geopolitical blocs—with different trade and technology standards, payment systems, and reserve currencies. In effect, the world is facing serious economic challenges with growth trending downwards while inflation is trending upwards. In human terms, people’s incomes are down, and hardship is up. Economies facing downgrades include net importers of food and fuel—in Africa, the Middle East, Asia, and Europe.

Since 2020, over 100 countries have approached the IMF for either the emergency funding/lifeline or for a programme funding with them. Those Countries seeking IMF programme funding including Pakistan, Sri Lanka, Egypt, Tunisia, Argentina, Lebanon, Kenya and lately Ghana just to mention few are at various stages of engagements with the Fund. So, I do not see the hullabaloo about Ghana’s seeking a programme with IMF except for the political noise.

What is different this time? Apples should not be compared with oranges.

There is no argument as to the path of Ghana’s development towards Ghana Beyond Aid prior to the emergency of the twin disasters of Covid-19 Pandemic and the Russian-Ukraine war. Ghana for 3 consecutive years (2017-19) was among the fastest growing economy in the world with an average GDP growth of 7% (double the 3.1% inherited at the end of 2016) with a positive primary surplus over the same period which was rare in our economic history. Through planting and rearing for food and jobs, Ghana had become a net exporter of food related items, factories under 1D 1F (120 currently operational) had started popping up to add value to our raw materials and reduce our import bill, automobile giants including Volkswagon, Toyota, Suzuki, Nissan and Sinotruck lined up to open their Assembling plants in Ghana, a policy to improve our human capital through Free SHS and massive recruitments in both public and private sectors of the economy to reduce youth unemployment after 4years of freeze among others. But for Covid-19 and Russian-Ukraine war, Ghana would have inched closer to Ghana Beyond Aid just like President Kufour’s government transformed Ghana from HIPC to Lower Middle Economy in record six (6) years.

It must be noted that when the NPP criticised the then government for going to IMF, the conditions were different in the sense that Ghana by 2011 was the highest growing economy in the world with a GDP growth of 14% as a result of the oil money coming into the main revenue stream. And within 3 years, the economy had capitulated to an extend that Ghana needed to seek IMF bailout.

To put it in context by comparing some figures, under new oil money and without any crises except cholera that hit both Accra and Kumasi and killed nearly 200 people, GDP growth trended downwards from 14% in 2011 to 3.1% (lowest in 25years) by end 2016. This was lower than the average GDP growth rate of 4.2% under covid-19 Pandemic under Akufo-Addo.

Inflation rate which had achieved long-run single digit under President Atta Mills ended around 15.5% by end of 2016 under President Mahama. Under Akufo-Addo’s regime, inflation had trended downwards from 15.5% to its lowest of 7.2% in 2021 before rising up to its record high of 27.6% in May 2022 at the same time countries across the world had broken inflation records. For instance, Nigeria inflation was 17.71%, US inflation of 8.6% was the highest in 40years. UK inflation of 9.1% the highest in 40years. The EU region inflation of 8.1% was the highest since the creation of the Eurozone in 1999. So, Ghana’s record inflation was in line with world record inflation figures.

With regards to public debt, public debt had increased from GHS9.5 billion by end of 2008 to about GHS122 billion by end of 2016. A percentage change of 1,184.2% giving an annual debt accumulation of 148%. In the midst of all these debt accumulations, employment was frozen, Dumsor for 4years, industry on their knees, teachers could not afford chalk, judiciary service could not afford printing papers, NHIS on the verge of collapse and MDAs in debt of over GHS11 billion, energy sector debt of about GHS10 billion among others. In addition, the IMF had indicated that out of the $37 billion dollars borrowed between 2009 to 2015, only $6 billion could be accounted for in terms of infrastructure projects. Hence, the freeze on employment and other harsh conditionalities.

Under President Akufo-Addo, public debt had moved from GHS122 billion to about GHS391.9billion (including legacy debt and banking-sector clean-ups) by first quarter of 2022. This gives a percentage increase of 221.22% with an annual accumulation of 36.9%. with barely six years in office, the Akufo-Addo-Bawumia government has rolled out Free SHS (over 1.2 million beneficiaries), about 93,724 recruited in the educational sector clearing all the arrears from 2012, about 100,000 health professionals recruited clearing all the arrears from 2012, 48,000 teacher-trainees, 49,000 nurses trainees and about 3,000 Arabic Instructors had their allowances restored, 100,000 recruited under NABCO, One-District One-Factory (1D 1F) with about 120 factories currently operational, One-Village One-Dam (1V 1D), 307 modern-equipped ambulances provided (1Constituency 1Amb), 6-interchanges (roads) and over 750 km asphaltic overlay (the largest by any government in history), Tamale and Kumasi airports upgrades as well as Sunyani airport construction, mobile money interoperability, paperless port among other inexhaustible life changing projects and policies.

As stated by the managing director of the IMF as captured earlier, the world had never experienced the twin disasters of a pandemic and a war at the same time. As a result, cost of living had gone beyond imaginable proportions causing hardships and demonstrations across the world as observed by the following few headlines:

With Ghana signing up to IMF’s programme, the uncertainties and nervousness are high. It may have been a political equalisation or victory for some people, but it will be Ghanaians that will pay the high price. For instance, if the IMF asks for Free SHS to be cancelled, parents, guardians, public/civil servants who are bread winners in their families as well as our MPs will return to paying school fees for multiple people under their care or constituency. If employment is to be frozen as happened at the last Fund programme, will Ghanaians be happy for another 4years freeze on employment by government? At the last Fund programme, 500,000 public sector workers were seen as being over bloated. The Akufo-Addo government increased it to close to 700,000. If the IMF insists on trimming the numbers, who will be happy to go out and look for new job when there is a freeze on employment?

The government did its best to avoid going to IMF including literally begging and making concessions to Parliament to come onboard in getting certain bills passed not because of the political noise it will generate, but the hardship it will bring on Ghanaians. But if for some people making it an agenda to frustrate government and force it to IMF is more important to them than the welfare of Ghanaians, so be it. We will all leave through it as Ghanaians. We went to HIPC and came out stronger. We inherited IMF programme and we worked our way out of it. We shall overcome this one too In Sha Allah.

Office of the Senior Presidential Advisor