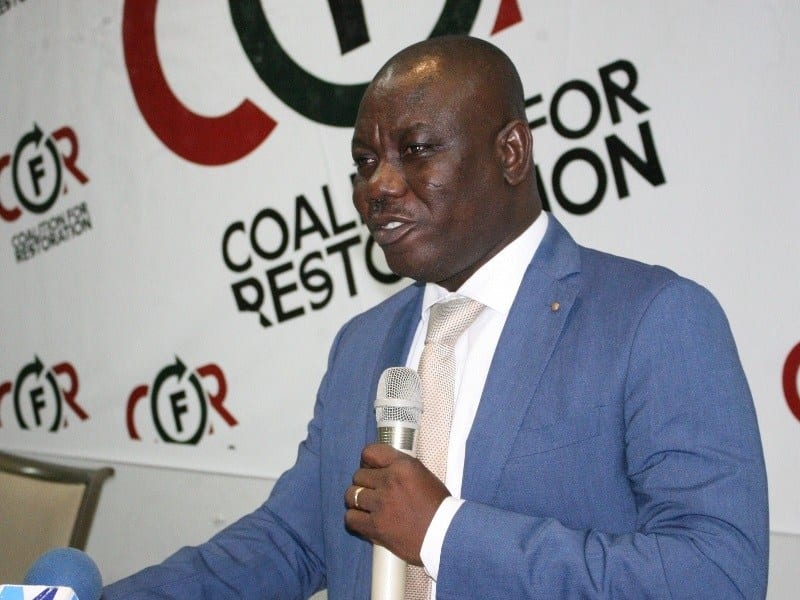 The Member of Parliament (MP) for Bolgatanga Central, Isaac Adongo, has charged the Ministry of Finance to work very close with the Bank of Ghana (BoG) and other state agencies to strengthen the country’s financial system with robust anti-money laundering regulations to combat anti-money laundering and counter-terrorist financing.Adongo who is a member of the Finance Committee of Parliament said it was about time the West African nation works its way out after having been blacklisted by the European Union (EU), to become a safe country for clean money.

“Anti-Money Laundering is a big challenge for Ghana. We’ve had instances where Ghana have had challenges with the European Union with respect to our performance in combating anti-money laundering and terrorism finance. Very recently, Ghana was blacklisted once again and I want to take this opportunity to advise the Minister of Finance to work close with the Bank of Ghana and other agencies that are interested in making sure that Ghana becomes a safe haven for good quality money so that internationally we are respected for not being the conduit for money laundering”, he noted.

Mr. Adongo made this observation on Wednesday, June 24, 2020, when he was contributing to the motion for adoption of the report of the Finance Committee on the budget performance report in respect of the Ministry of Finance for the period January to December, 2019, which was moved by the Chairman of the Committee, Dr. Mark Assibey-Yeboah.

The European Commission on May, 7, 2020, named Ghana among twelve (12) countries that pose “significant threats” to the EU’s financial system, due to deficiencies in anti-money laundering and counter-terrorist financing strategy.

The blacklisting is subject to approval by the European Parliament and would come into force in October, 2020. Should the approval be made by the EU Parliament, it means Ghana and the rest of the blacklisted countries will find it very difficult to do business with the EU member countries.

The report of the Finance Committee had in part stated that during the 2019 year under review, Ghana’s Financial Intelligence Center successfully coordinated the implementation of the International Corporation Review Group (ICRG) Action Plan to address strategic deficiencies in anti-money laundering and countering the financing of terrorism.

However, Adongo, commenting further said that move wasn’t enough, insisting that a lot more could be done to make Ghana a safe haven for quality good money.

“Evidence in the last two years suggest that this is not good enough because the European Union is still worried about our anti-money laundering and terrorism financing records. And as a country that appears to be the beacon of the financial arm of West Africa, never mind that we have collapsed our own financial institutions and are now a pale shadow of ourselves. We cannot now add the accolade of a country where dirty money is not allowed to go through the international financial system. As a matter of fact, I am very worried”, he said.