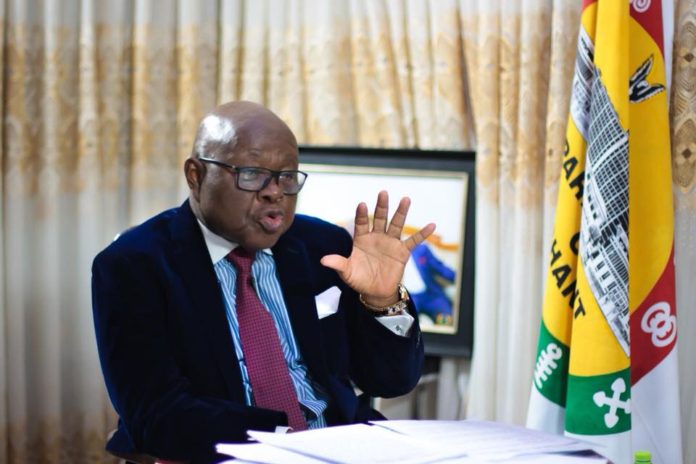 The Speaker, Rt. Hon. Prof. Aaron Michael Oquaye, has cautioned lawmakers of Ghana’s Parliament who have any intention of doing propaganda on the floor of the House when giving the opportunity to comment on or discuss any national issue, to harbor their intent since there will be no room accommodate them.In the view of the Speaker, Parliament is a different ground, where issues of facts other than propaganda, are discussed and or debated for national good.

Therefore, comments that seek to impugn improper motive or allegations without substantial evidence, will not be tolerated or made to stand, especially, in an election year.

The observation of the Speaker comes after the lawmaker for Bolgatanga Central, Isaac Adongo, passed a comment that sought to suggest that government deliberately collapsed the nine banks and the about 400 financial institutions.

Adongo, while commenting on the motion moved by the Chairman of the Finance Committee, Dr. Mark Assibey-Yeboah, at a sitting on Wednesday, June 24, 2020, for the adoption of the Committee’s report on the budget performance report in respect of the Ministry of Finance for the period January to December, 2019, said Ghana’s intent of becoming the beacon of the financial arm of West Africa is hanging after collapsing “our own financial institutions and are now a pale shadow of ourselves”.

His comment was heavily opposed by the MP for Ledzokuku constituency, Dr. Bernard Oko-Boye who pleaded with the Speaker to direct the Bolgatanga Central lawmaker to either provide evidence that government collapsed the banks and other financial institutions or withdraw that portion of his comments.

Besides, the word ‘collapsed’ used by Adongo, is inherent with a deliberate intent and therefore should not be made to stay in the records of the House.

The Speaker, having listened to the argument advanced by Dr. Oko-Boye, directed Adongo to substantiate his claim with evidence or withdraw his claim.

Adongo in response said “Rt. Hon. Speaker, before a bank’s license could be withdrawn or revoked and the state called upon to bear the cost of that revocation or collapse, the Ministry of Finance must make a definitive recommendation to Cabinet to approve the utilization of public funds to fund the cost of that revocation and to the extent that nine banks licenses have been revoked and to the extent the licenses of close to 400 financial institutions have been revoked by this government when any other government would have pursued a different path of bailing them and not revoking their license amount to your decision to collapse the banks and that is my opinion on this matter. You may have your own opinion but Mr. Speaker this is my opinion based on what I’ve seen and I Isaac Adongo as the governor of the bank of Ghana would not have revoked the licenses of these banks”.

His comments was not convincing enough, provoking Dr. Oko-Boye to once again called on the Speaker to direct him to either substantiate his claim or withdraw that portion of his statement.

“Mr. Speaker, this is a House of records. Some comments could be permitted outside this House. Mr. Speaker, the Bank of Ghana is mandated by law to regulate the banks. There are fundamental requirements you must meet before your license is renewed. If a bank fails to meet the requirements and the license is revoked. I’m happy that you reminded him to provide evidence that the State collapsed the banks. Because he has not been able to provide the evidence, he must be made to withdraw the statement and apologize or he should not be allowed to continue. It is a very offensive statement and he must be allowed to withdraw the statement”, the Ledzokuku lawmaker insisted.

The Speaker on his part said “the central bank is independent of the government. To insinuate that the government has collapsed the banks, it is totally malicious and must be withdrawn”.

The Speaker retorted “if you write an exams and you fail – you get grade 9 and WAEC fails you, is it the teacher who caused am?”

After back and forth argument, Adongo finally kowtowed to the directive of the Speaker and substituted his comments with “the Bank of Ghana revoked the licenses of the banks and requested the government to bear the cost”.