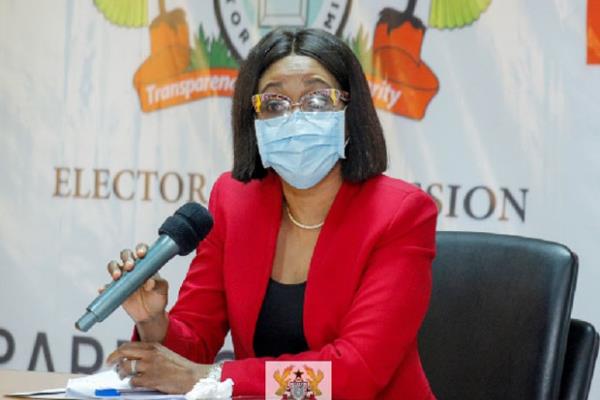 The Electoral Commission of Ghana says there were some errors in the declaration figures its Chairperson, Jean Mensa, announced on Wednesday, December 9, 2020, for the Presidential result.

Madam Jean Mensa, as the Returning Officer, announcing the winner of the December 7 Presidential poll told Ghanaians that her outfit recorded 13,434,574 valid votes cast out of which the Presidential Candidate of the New Patriotic Party (NPP), Nana Addo Dankwa Akufo-Addo secured 6,730,413, representing 51.59%, and making him the President-elect.

“It is my honour of the Electoral Commissioner of Ghana, to declare Nana Addo Dankwa Akufo-Addo as President-elect of the Republic of Ghana”, she declared.

The Presidential candidate of the National Democratic Congress (NDC), John Dramani Mahama, being the main contender in the 2020 Presidential poll, on the other hand, also obtained 6,214,889 of the total valid votes cast, representing 47.366%.

The outcome of the Techiman South constituency poll, she added, is currently in dispute by the political parties, noting that, if all the votes are even added to that of John Dramani Mahama, it will have no effect on the outcome of the election.

However, the EC in its release dated Thursday, December 10, 2020, summarizing the 2020 Presidential Election results admitted some discrepancies in the figures Chairperson Jean Mensa announced on Wednesday but has no effect on the outcome declared.