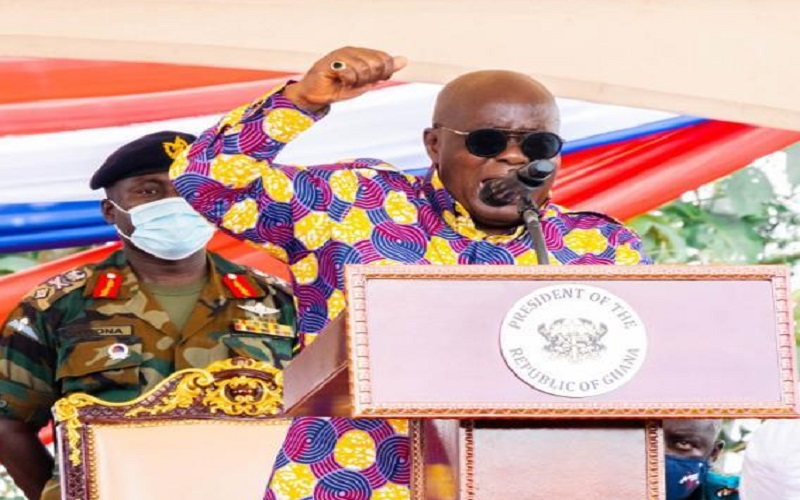 The President-elect, Nana Addo Dankwa Akufo-Addo, has assured that he will continue to work very hard just like the way he started in 2017, to put Ghana on the path of economic recovery where there would be a much improved standard of living for the citizenry.

He said unlike some successive Presidents that have won their re-election bid but ended up relaxing since they have nothing to lose or prove, his second term in office will be different, promising to work very hard to build a prosperous and progressive Ghana which all are yearning for.

Delivering his acceptance speech at his Naima residence moments after the Returning Officer in the 2020 Presidential poll, Jean Mensa, had declared him the President-elect, Mr. Akufo-Addo said “There could be the dependency for an incumbent president who has secured a term in office to as it were take it easy and relax, because there is nothing more to lose or prove. I am of different character. Just as I have been doing since January 2017, I give you my word that I will continue to work very hard to build a prosperous and progressive Ghana for which we yearn”.

He added “The decisive margin of victory constitute for me an endorsement of the policies and programs initiated by my government and put before the electorate and I am determined to do all in my power to accomplish the task of this new mandate, thereby justify the confidence reposed in me. I assure you, fellow Ghanaians that I will do my best not to let you down”.

Results of the 2020 Presidential poll released by the Electoral Commission indicate that candidate Akufo-Addo polled 6,730,587 votes, representing 51.302% out of the 13,119,460 of the total valid votes cast.

The results exclude the Techiman South Presidential poll which is yet to be certified by all the political parties and the Returning Officer.