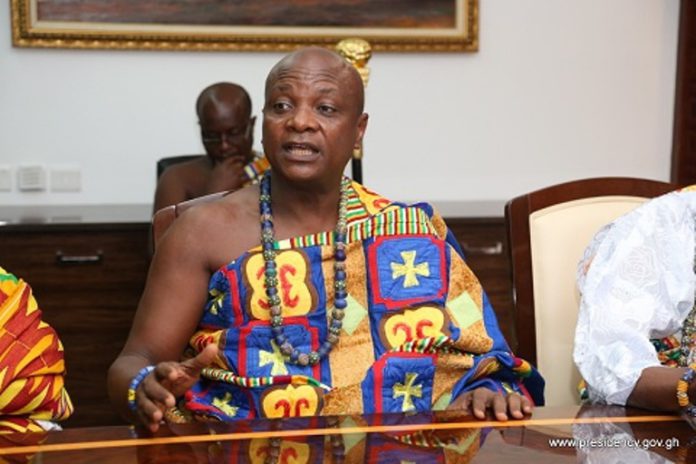 Despite refusing to appear before it for a dialogue over the conduct of the 2020 general elections, the National House of Chiefs have nonetheless sent a note to the Electoral Commission (EC) of Ghana cautioning it not to disenfranchise any qualified Ghanaian in its upcoming voters registration exercise.

“We want to call on the EC to make peaceful conduct of this year’s general elections its primary objective. It would require, among others, that no qualified Ghanaians is disenfranchised and that the elections are free and fair”, the House of Chiefs said in a statement signed by its President, Togbe Afede XIV.

According to the Chiefs, the seemingly political tension in the country following the EC’s decision to compile a new voter’s register for the conduct of the 2020 Presidential and Parliamentary elections should not be exacerbated by denying qualified Ghanaians the opportunity to register during the registration exercise.

The House expressing concern over the current political situation in the country said leaders of political parties appear to be more concerned about winning power than resolving the developmental needs of the Ghanaian people.

The EC has in recent times come under strong criticisms from various oppositional political parties and CSOs following its decision to compile a new voters roll ahead of the 2020 polls.

Led by the National Democratic Congress (NDC), the umbrella family and its allies under the name Inter Party Resistance Against the New Voter Register (IPRAN) had held series of demonstrations across the country to drum home their demand.

In spite of their position, the EC insists it will go ahead with the compilation of the new voter’s registration since the voters roll in its current state will not stand the test of time.

Below is the full statement of the National House of Chiefs: 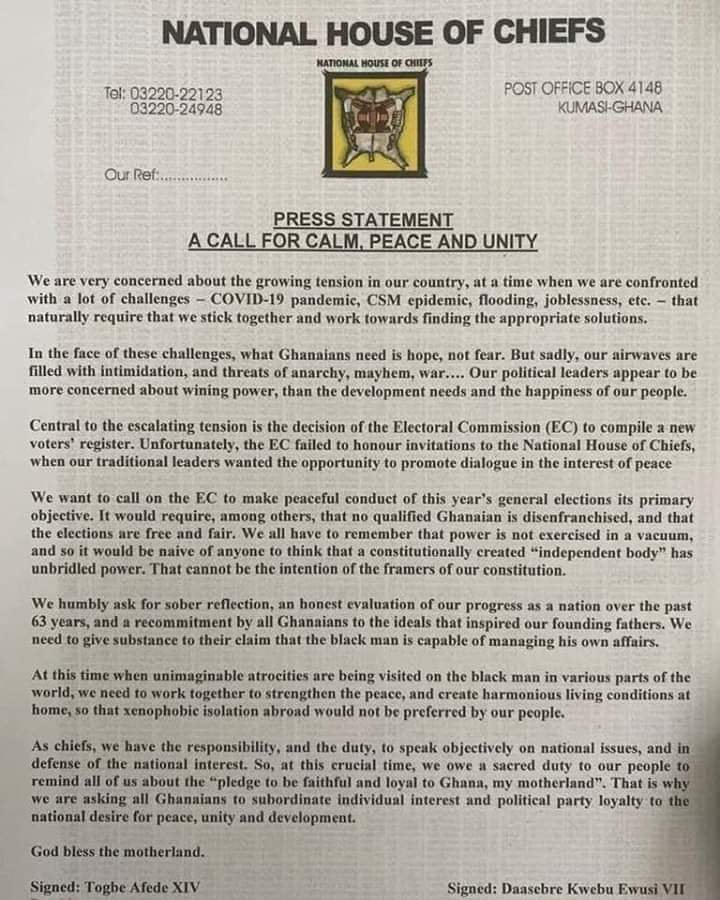