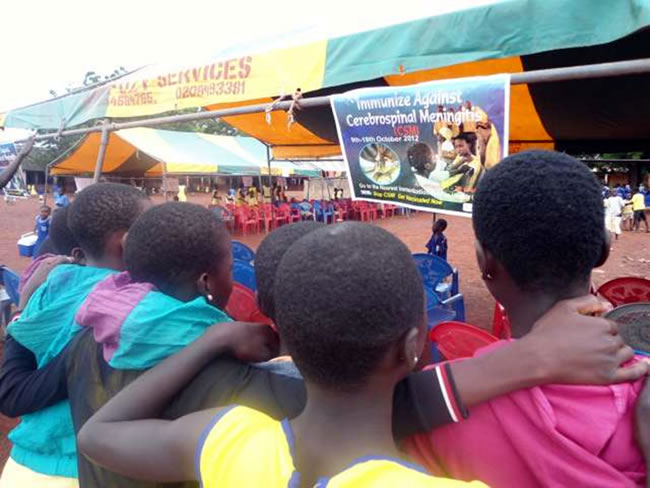 The disease, according to the Health Minister, is caused by Neiserria Meningitidis (NM) sero X disease, a strain with no vaccine globally as now.

Giving an account of the situation on the CSM and COVID-19 on the floor of Parliament, Tuesday, May 19, 2020, Mr. Manu said, the country has for the past two weeks, not recorded any case of CSM in northern part of the country, where the disease is endemic.

“Mr. Speaker, two weeks ago, Jirapa Municipality recorded eight cases within a defined window. This made the municipality cross the alert as well as the epidemic line. Such episodic spikes trigger further strengthening of already activated public health activities, in order to get a hold of the trajectory of this disease. Consequently, the number of recorded cases at hand of week 20, May 17, 2020, fell to two in Jirapa municipality with Nadowli, Lawra and Nandom recording a case each. So, in all, five active cases are being managed in the Upper West Region with three patients on admission; all in a stable condition”, he noted.

He told the House that the number of recorded cases still stands at 273, with the Regional Health Emergency Team together with the Municipal and District Health Emergency Team still at work and meeting weekly to coordinate efforts of staff and community officers as well as sensitizing people on the need to report early to the clinic at the slightest sign of unwellness.

Mr. Manu assured that government would continue working at preventing outbreaks but in the unfortunate situation of an outbreak, will coordinate the output of all stakeholders to speedily arrest the situation as has happened by the close of week 20.