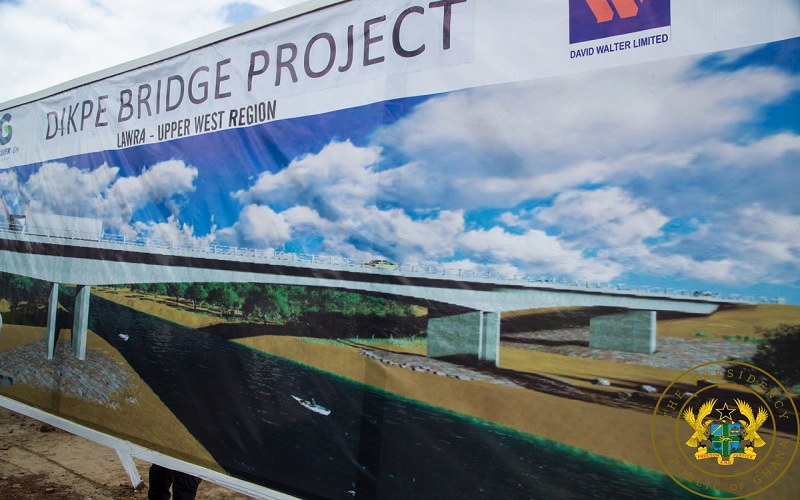 The President of the Republic, Nana Addo Dankwa Akufo-Addo, on Saturday, October 10, 2020, cut the sod for the construction of the 275-metre-long Dikpe Bridge in Lawra over the Black Volta in the Upper West Region.

Upon completion, the Dikpe Bridge will also serve as the shortest route to Burkina Faso, this time not through Hamile but now through Bobo Dilaso.

Addressing the gathering, the President recalled that on October 15, 2017, at the Kobine Festival in Lawra, he indicated that the construction of the Dikpe Bridge was imminent, and would commence after the conclusion of bilateral discussions with the Government of Burkina Faso.

“These discussions have been concluded, and so, before coming here, I fulfilled that promise by cutting the sod for the commencement of construction of the Dikpe Bridge over the Black Volta River, and also for the construction of Lawra town roads and a bypass,” he added.

“Once completed, the Project will serve several purposes. It will open up communities in the area, strengthen regional integration, improve all-year-round access to schools, hospitals and markets, eliminate interruptions in transporting people, farm produce, and other items during the rainy season, and avoid long detours, resulting in reduced transport costs and travel time,” he stressed.

“With four more for Nana and Hon. Anthony Abaayifa Karbo, we will do even more for you.”