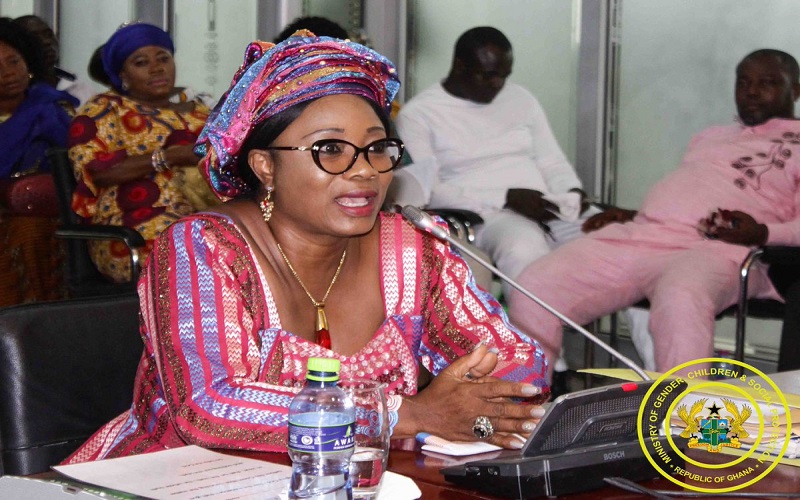 Four armed men who were allegedly contracted to kill the Minister of Gender, Children and Social Protection, Hon. Cynthia Mamle Morrison, have been arrested by the Agona Swedru Divisional Police Command.

The gang when apprehended mentioned the National Democratic Congress (NDC) Parliamentary Candidate for Agona West constituency, Paul Ofori Amoah, as the person who hired their services and brought them to their hideout.

The NDC Parliamentary candidate who booked the hotel for the armed men and was therefore considered an accomplice, took to this heels when he got information that his men had been arrested.

However, little did he know that the men and women in black uniform had closed up on him and before he realized, they had handcuffed him and taken into police custody.

The four were picked up by the Police at the Elohim Hotel in Agona Swedru at about 10:00pm.

A very close source to the Gender Minister told www.politicoghana.com that the armed men were arrested by the Police just when they were about to set off to execute their given task.

“The men were in a very high spirit at the time they were arrested. They were smoking Indian hemp (wee) and had cutlass and some other weapons on them”, he noted.

According to our source, they had inside information that the some men had been contracted to kill the Gender Minister who is also the New Patriotic Party (NPP) Member of Parliament for Agona West constituency when she visits the constituency this weekend.

The contracted armed men, our source noted, were then identified and monitored until they were arrested by the Police.

They are currently being interrogated by the Swedru Divisional Police Command. The Gender Minister, we are told, is also safe and sound.

The Police have confirmed the arrest of the four but declined to give further details.