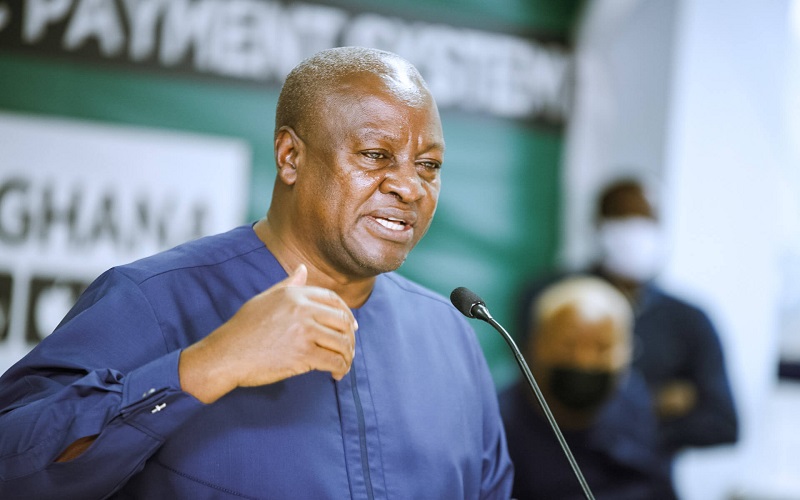 The flag bearer of the opposition National Democratic Congress (NDC), John Dramani Mahama, has sent a note to the Homeland Study Group Foundation (HSGF), cautioning them to back off their plans of claiming parts of Ghana (Volta Region) or risk incurring the wrath of all Ghanaians.

Addressing a gathering in the Bono Region where he is currently campaigning ahead of the December 7, 2020 elections, the former President, said Ghanaians in their collective resolve, will fight any individual or group of persons wanting to destabilize the peaceful coexistence they have enjoyed since independence, stressing that Ghana is for all.

“Just a few days ago some unknown persons came to block roads claiming that Volta region is theirs so they want their independence. Ghana’s land belongs to Ghana, Ghana is a sovereign republic and nobody can claim a part of Ghana. When Rawlings built Ghana, we were all part. All of us come together to make Ghana so we cannot sit aloof and watch some people take Ghana”, he cautioned.

He added “If it’s so, then everyone will trace their history and come for a part of their share which will not be a good thing. What brings us together is the fact that we are all Ghanaians,” Mahama noted while addressing a gathering in the Bono region where he is currently campaigning ahead of the December, 07 elections”.

Mr. Mahama’s pronouncement follows an attack launched by the Homeland Study Group Foundation (HSGF), a separatist movement seeking independence for Western Togoland (Volta Region and some parts of Oti and Northern Regions), on the State Transport Corporation (STC) in Ho, capital of the Volta Region around 2:30am on Tuesday, September 29, 2020.

In the process, drivers state transporter were beaten while two vehicles belong to the company were set ablaze.

HSGF had earlier launched unsuccessful attacks on some state institutions and police stations including the mounting of roadblocks on major road linking the Volta Region to the rest of the country on Friday, September 25, 2020.

A joint military-police team has taken over the yard, with operations of the company coming to a temporarily halt.