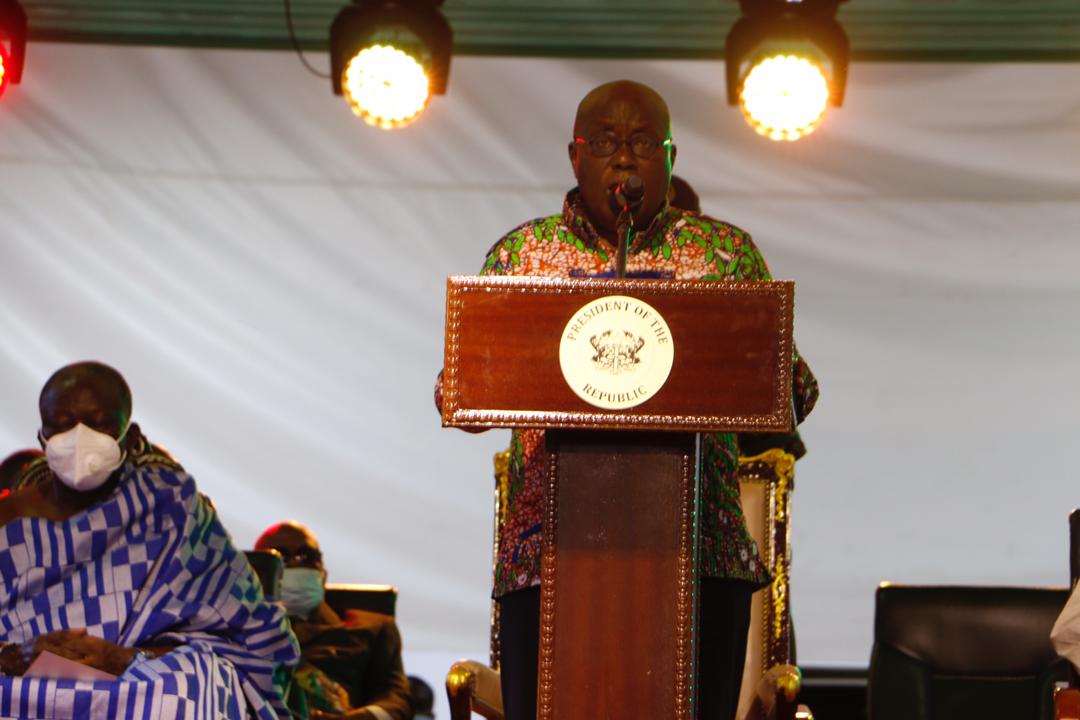 The President of the Republic, Nana Addo Dankwa Akufo-Addo, on Sunday, inaugurated a $95-million state-of-the-art composting and recycling plant in Kumasi in the Ashanti Region and lauded Jospong Group of Companies for their invaluable service to the nation.

“It is a manifestation of my government’s encouragement of the private sector in the provision of critical infrastructure in the area of management of solid waste. Indeed this facility is a state-of-the-art waste management facility,” the President affirmed.

According to him, ensuring sustainable waste management required a strong partnership between government and the private sector.

The plant, built by Zoomlion Ghana Limited, with its European partner, Komptech, is a 1200-tonne facility that would employ the most modern technology to recycle organic, plastic and other waste into usable raw materials to feed agricultural and other industries.

It has facilities including Administration block, Composting Tunnels, Sorting Plants, Receiving Bay, Power House among others.

Located at Adagya, it is expected to create 800 direct and 1,500 indirect jobs respectively.

He equally commended Jospong Group of Companies for building the biggest composting and recycling plant in the whole of Africa in Kumasi.

The Executive Chairman of the Jospong Group of Companies, who is also the Chief Executive Officer (CEO) of Zoomlion Ghana Limited, Mr Joseph Siaw Adjepong, said the plant, which was one of the biggest in Africa, has the capacity to process 1200 metric tonnes of solid waste and 1000 cubic metres of liquid waste a day.

This, he said, meant that the facility had the capacity to meet all the waste management needs of the people of Kumasi as well as adjoining communities.

He was full of praise for Otumfuo Osei Tutu II for making available a 150-acre tract of land for the project.

“I am happy to announce that 90% of the workers who helped in the construction of the $95 million composting and recycling plant were Ghanaians,” he said.

The Ashanti Regional Minister, Mr Simon Osei Mensah, on his part, said the plant will go a long way to address waste management in the region.

The event was graced by the Asantehene, Otumfuo Osei Tutu II.