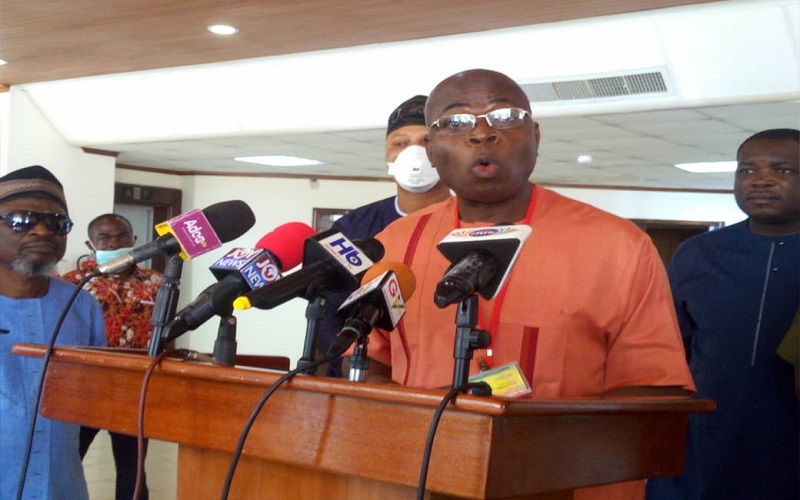 The Deputy Minority Leader of the Parliament of Ghana, James Klutse Avedzi, has lauded the President of the Republic, Nana Addo Dankwa Akufo-Addo, for adopting the recommendation made by the Commission on Human Rights and Administrative Justice (CHRAJ) to sack the Chief Executive of the Public Procurement Authority (PPA), Mr. Adjenim Boateng Adjei.

However, he said the President should go beyond releasing the PPA boss from his position by confiscating all the monies he made from the sale of contracts through a company of which he was a director, thereby, raising issues of conflict of interest.

Mr. Adjenim Boateng Adjei on Friday, October 30, 2020, was released from his post by the President after adopting the recommendations of CHRAJ which investigated him.

The termination of Mr. Adjei’s appointment was with immediate effect. He was also slapped with a five-year public service ban.

This follows the submission of a report to the President by the Commissioner of CHRAJ, Mr. Joseph Whittal, in which the Commission concluded that, on the totality of the evidence, Mr. Adjenim Boateng Adjei had put himself in a position where is personal interests conflicted with the performance of his functions as CEO and Board Member of the PPA.

Interacting with journalists on the sidelines of Parliamentary sitting on Monday, November 2, 2020, Mr. Avedzi said even though Mr. Adjenim Boateng Adjei has been dismissed from office, the five-year ban slapped on him was insufficient to deter others from doing what the ex-PPA boss did while in office.

“It’s a good beginning that the President is acting on the recommendation of CHRAJ. But I’m wondering why five years? Why should he come back to public service in the first place? He has been sacked so it’s a good beginning but I don’t think that after five years he should come back and serve”, he noted in his address to members of the Parliamentary Press Corps.

He added “I think that whatever income or resource that he gathered from these activities should be taken away from him. Definitely, he might have sold some of the contracts and made some money and the findings revealed that this is the amount of money he made out of this back deal, the monies should be confiscated by the state and then should be banned from the public service completely”.

To the deputy Minority Leader, once Mr. Adjenim Boateng Adjei was found guilty, he should be surcharged if it is established that he took state funds.