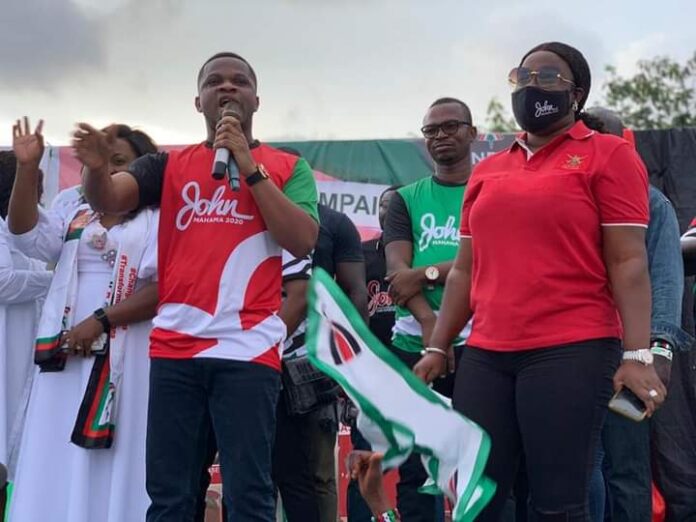 The largest opposition NDC party’s National Communication Officer, Sammy Gyemfi has served notice that the next NDC government will prosecute and jail the Minister for Special Development and Initiatives who doubles as MP for Awutu Senya East Constituency.

According to him, Hon. Mavis Hawa Koomsom’s condemnable criminal acts make her a candidate for prison and will definitely spend some time in jail when the NDC wins power after the December 7 election.

“…Hawa Koomson, the gun she fired, the thugs she brought into this constituency to cause mayhem, we(NDC) will definitely arraign her before court to be prosecuted when we come to power. Hawa Koomson will surely go to jail. This is a woman who has supervised the poor construction of dams with State resources. This is a woman who does not speak the truth, she requested for a whopping GHC800,000 to build a website. Why are you disgracing the good people of Awutu Senya East constituency to this extent? She’s a minister who has failed to offer jobs for the teeming unemployed youth in this constituency,” Sammy Gyamfi said at a mini-rally at Awutu Senya East Constituency on Sunday.

He urged the constituents to vote massively for ex-President John Mahama and the NDC Parliamentary candidate to come back to power and continue from where they left off with the developmental agenda of Ghana.

The Parliamentary candidate, Naa Koryoo on her part urged party supporters to campaign massively to ensure a landslide victory for the NDC come December 7 elections.