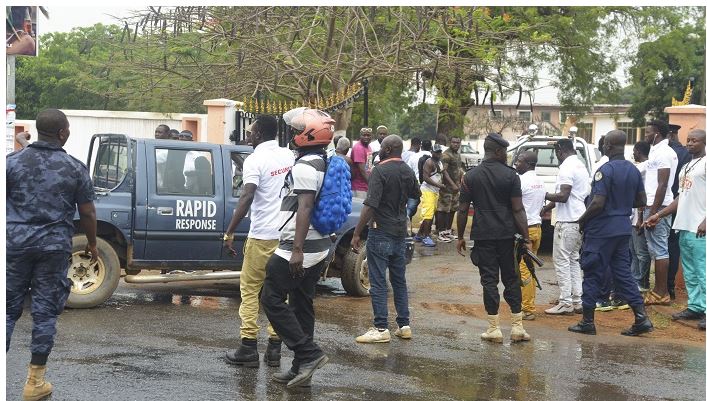 Five people are reported to have been hospitalized after sustaining various degrees of injuries following alleged attacks on perceived supporters of the National Democratic Congress (NDC) in some registration centres in the Ajumako-Enyan-Essiam constituency in the Central Region.

The incident according to the Central Regional Executives of the NDC, happened on Wednesday, August 5, 2020.

Addressing the media over the incident at Ajumako Besease where the attacks took place, the Central Regional Communications Officer of the NDC, Kwasi Dawood, accused some bigwigs in the New Patriotic Party (NPP) for masterminding the said attacks.

Of particular mention were the Minister of Transport, Hon. Kwaku Ofori Asiamah, Managing Director of ADB, John Kofi Mensah and the Director of Operations at the Presidency, Lord Commey as well as the Ajumako-Enyan-Essiam Parliamentary candidate of the NPP, Rashid Etuaful.

According to Dawood, several items including vehicles belonging to the incumbent MP of the area, Casiel Ato Forson, were vandalized during the attack.

He therefore wants the security agencies to immediately effect the arrest of those behind the attacks and bring them to book.