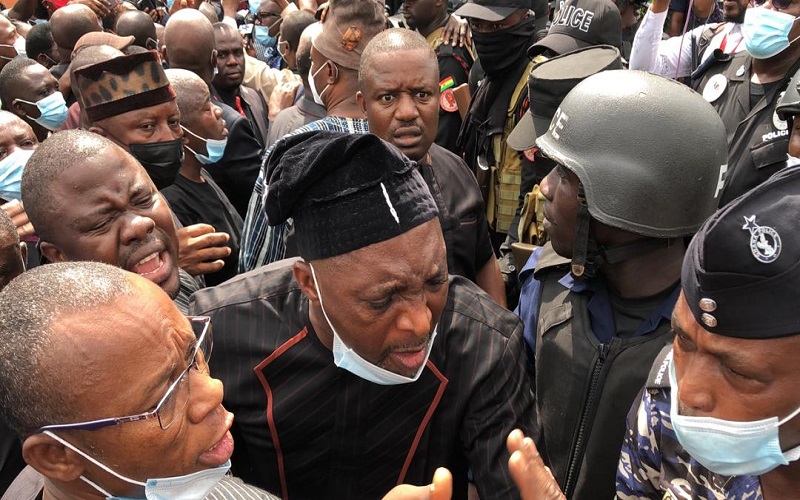 Members of Parliament (MPs) belonging to the National Democratic Congress (NDC) were on Tuesday, December 22, 2020, prevented by the Police from meeting the Chairperson of the Electoral Commission (EC) of Ghana, Jean Mensa, to petition her over the “flawed” elections.

Their insistence to meet Mrs. Mensa, to petition her degenerated into chaos with some of the angered legislators verbally assaulting and threatening some of the men in black uniform.

Left with no other option, the NDC MPs turned to the media, with the Minority Leader, Haruna Iddrisu, reading out the content in their petition to the public in an event which was largely broadcasted live on some national television and radio stations.

“We are standing in denial by collusion of fraud by the Electoral Commission and the NPP. It is not acceptable, you know they are just joking with Techiman South …” Mr. Iddrisu said.

The aggrieved MPs also threatened not to recognize Jean Mensa as head of the election management body whenever she appears before Parliament for business.

Immediately after that, the MPs retreated to Parliament and demanded open collation of the Techiman South Parliamentary results.