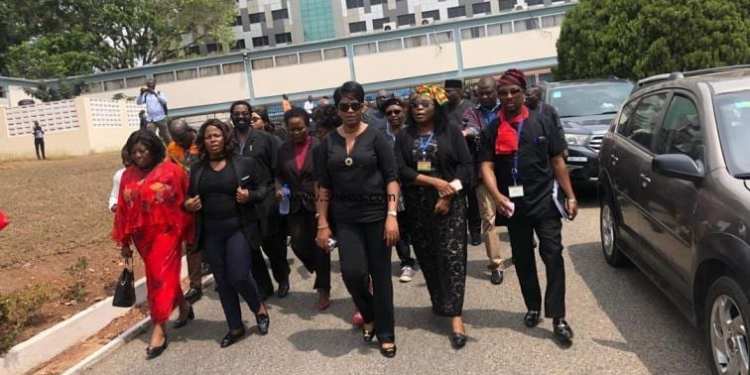 The Minority Caucus in the Parliament of Ghana who are all members of the National Democratic Congress (NDC) will Tuesday morning embark on a walking exercise to protest against the Electoral Commission (EC) over what they termed flawed Presidential election.

They do not understand why the election management body will declare the Presidential candidate of the New Patriotic Party (NPP), Nana Addo Dankwa Akufo-Addo winner of the 2020 Presidential poll when available records to them prove otherwise.

They are also contending the outcome of five (5) constituencies won by the NPP in the Parliamentary election.

They will be marching to the Headquarters of the EC to petition to the Chairperson, Jean Mensa over their grievances.

The MPs are currently massing up in numbers at the forecourt of the legislature to begin the walk exercise scheduled for 9:00am.