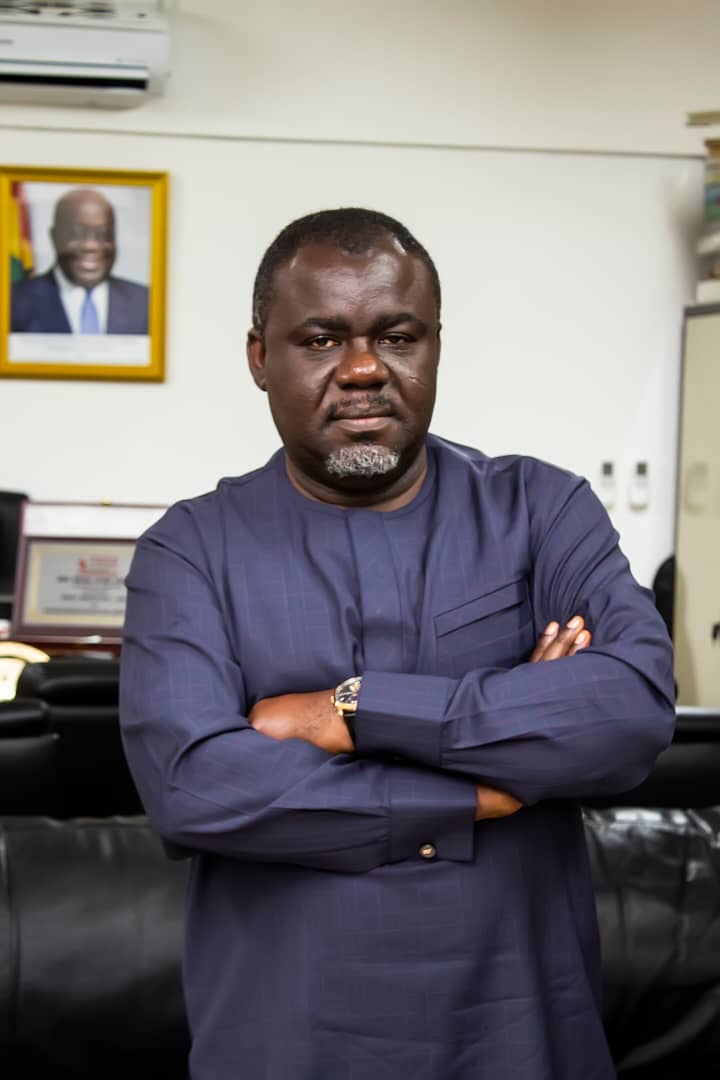 The Minister for Transport, Hon. Kweku Ofori Asiamah, made history on Thursday, July 29, 2021, by becoming the first Ghanaian to be elected Chair of the prestigious Maritime Organization for West and Central Africa (MOWCA).

He took over from Hon. Khouraichi Thiam from the Republic of Senegal.

The historic election took place during the 8th Bureau of Ministers and 15th General Assembly of MOWCA held in Kinshasa, the Democratic Republic of Congo.

His Excellency Hon. Bai Lamin Jobe, Minister of Transport, Works and Infrastructure of The Gambia emerged as First Vice-Chairman while the Minister in charge of Transport and Maritime in the Republic of Congo emerged 2nd Vice-Chair.

The Central African Republic was also elected as the Rapporteur.

Following his election, Mr. Asiamah is expected to oversee the affairs of the 46-year-old organization which is made up of twenty-five (25) countries.

One of the main challenges he has to fix immediately upon assumption of office is the election of a Secretary-General as the Kinshasa conference failed to elect one following the confirmation of the end of tenure of Mr. Alaine Michelle Luvambano.

It is anticipated that a new Secretary-General will emerge at an extraordinary meeting expected to be convened by Mr. Asiamah within the next six months to man the day-to-day activities of the organization.

The Maritime Organization for the West and Central Africa (MOWCA) was established in 1975 (Charter of Abidjan) as the Ministerial Conference of West and Central African States on Maritime Transport (MINCONMAR). The name was changed to MOWCA as part of reforms adopted by the General Assembly of Ministers of Transport, at an extraordinary session of the Organization held in Abidjan, the Republic of La Cote D’Ivoire from August 4-6, 1999.

The Objective of MOWCA is to serve the regional and international community for handling all maritime matters that are regional in character.

MOWCA unifies 25 countries on the West and Central African shipping range, inclusive of five landlocked countries. These countries comprise of 20 coastal states bordering the North and South Atlantic Ocean, and to explain the maritime link for landlocked countries the ports of the Ocean interfacing countries provide the seaborne trade of those that are landlocked.

At the Kinshasa conference, the 25-member country organization discussed how best to harness their potentials for member states and regional economic growth even in the face of a ravaging COVID-19 pandemic.

Countries were unanimous about forging a stronger front for enhanced maritime security while still considering matters relating to the establishment of a Regional Maritime Development Bank for ease of access to financing maritime assets and infrastructure.

Ghana’s delegation to the Kinshasa conference was led by the Ag. Chief Director at the Ministry of Transport, Mrs. Mabel Sagoe, who received the staff of office on behalf of Mr. Asiamah.