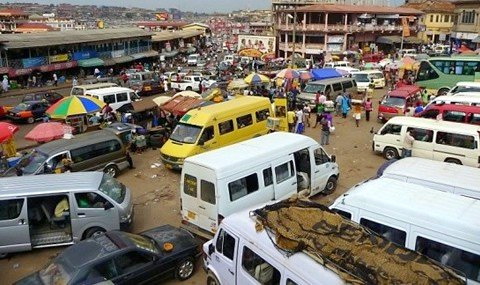 The transport unions had contended that the novel coronavirus was impacting heavily on the acitivities of their members (commercial drivers) as a result of the reduction in the number of passengers per vehicle to conform to the social distancing protocols.

Explaining the justification for the increment to the press in Parliament, deputy Transport Minister, Daniel Nii Kwartei Titus-Glover stated “The transport unions made an application to the Ministry but because of the covid-19, government has asked them not to load full capacity, so because of that they are losing a lot of money [running cost of operations]”.

The transport unions, politicoghana.com understands, had appealed to government to either allow them to run full sitting capacity or to increase transport fares.

“We opted for the later because of the COVID-19. We have all agreed that with effective from Saturday, 11th July, 2020, we have increased the transport fares by 15percent and in going forward they should continue to adhere to the safety protocols as well as ensuring hygienic conditions. They should paste the new fares at their offices for the public to know the real fares at their stations” he said.

GPRTU, one of the biggest transport unions in the country has called on government to either revert the directive or increase transport fares.

According to the Vice Chairman of GPRTU, Robert Sarbah, commercial drivers over the period have sacrificed enough and cannot continue dealing with the effects of the directive on their business.

The Chamber of Petroleum Consumers (COPEC) also highlighted the effect fuel price increments were having on commercial drivers.

According to COPEC, the revenue made by drivers has decreased by between 25percent to 40percent in recent times.

It thus called for some government intervention in the matter.