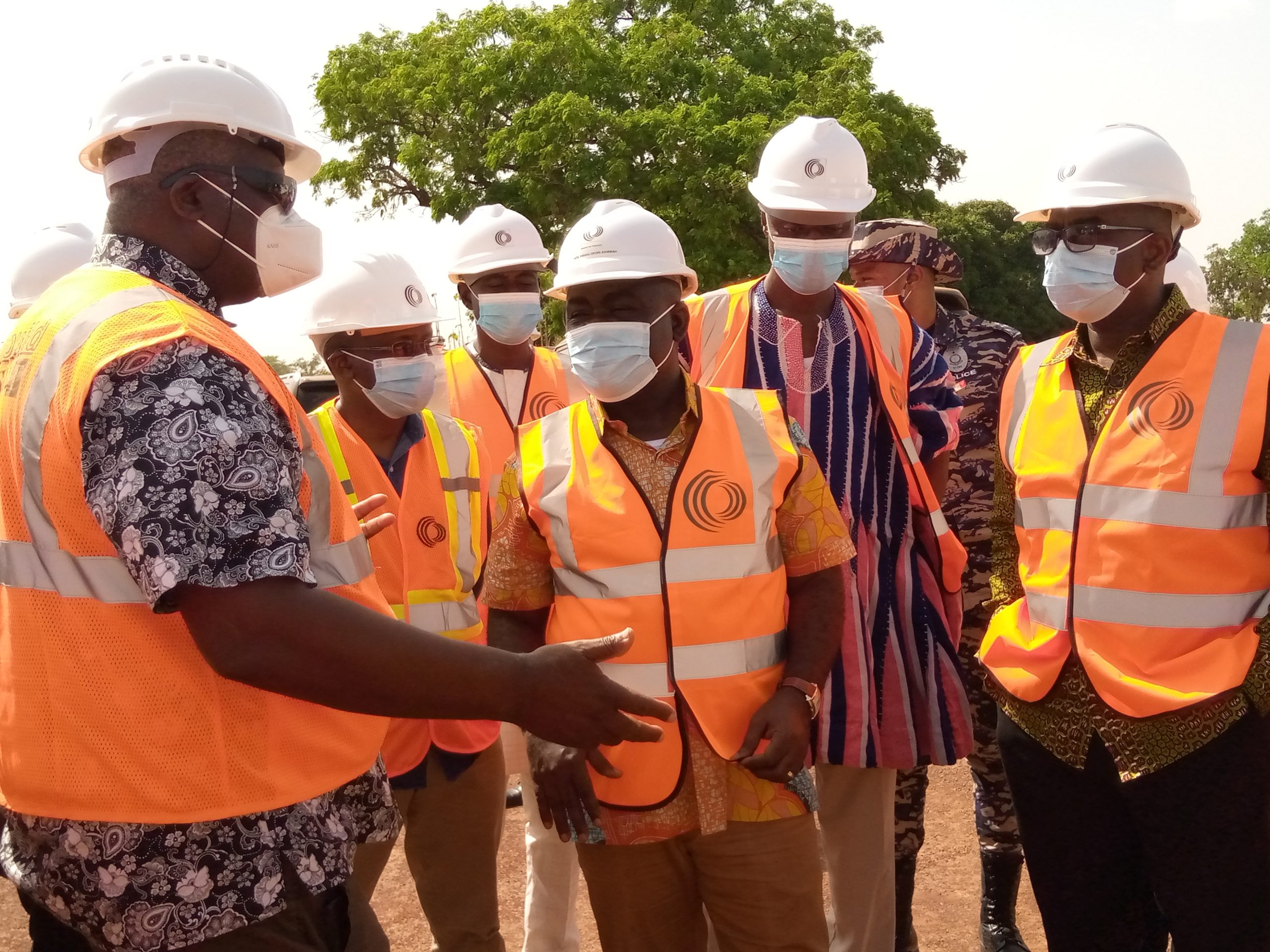 Government is considering further upgrade of the Tamale Airport to full international status even though the US$80million phase II project is yet to be completed, the Minister for Transport & Aviation, Hon. Kwaku Ofori Asiamah, has said.

The phase III which will complement what has already been done to put the airport to its full status as international airport, will soon commence along with the yet to be completed phase II which currently has an overall progress rating of 57%.

The target is to make the Tamale Airport to reach its full status as an international airport to further boost economic potential of Tamale as the bread basket of the country.

It will involve expanding the main multipurpose terminal (approximately 5,508 square meters) which is under construction and some other facilities. The additional cost is immediately not known.

However, the Minister said the technical experts from the Ghana Civil Aviation Authority and the Ghana Airports Company Limited are working hand in hand with the contractors, QGMI, a Brazilian construction firm and the project consultant, Ecobuild Consult to determine the cost.

Government, he noted, will immediately look for funds to finance it, believing that it is economically viable and profitable for phase II and III of the project to done simultaneously.

“Per the advice from the project consultant in terms of cost effectiveness, it will be better to have the phase III. We believe that we can combine the two phases as we’ve done for Kumasi Airport. It will be viable; it will be profitable; and there will less cost for us. I believe that we will be able to meet the demands that the engineers and consultants are asking us so that we can achieve the purpose that we set for ourselves to do”, he noted.

He added: “We will reap the full economic benefits if we do the phase III. That is why we are proposing that that we do it now instead of waiting for it to be done in future. We may not incur huge cost but if we are to wait for phase II to be completed, it means than in bringing on phase III, we need to touch some of the items”.

Hon. Asiamah made these observations when he paid a working visit to Tamale in the Northern Region on Friday, March 26, 2021, to acquaint himself with the level of development of the Tamale Airport project phase II and whether they were within time in order not to incur project overrun cost.

He was accompanied by the Managing Director, Ghana Airports Company Limited (GACL), Mr. Yaw Kwakwa, Director General, Ghana Civil Aviation Authority (GCAA), Charles Krakue, Acting Chief Director, Ministry of Transport and Aviation, Madam Mabel Sagoe and Irene Messiba as well as some technical staff from the Ministry, GACL and GCAA. The delegation were conducted round the project by the project consultant, Ecobuild Consult.

Among the facilities inspected were the project design which is 80% completed, the main terminal, 57% completed, a multipurpose building, 61% completed, bulk utility, 41% completed and the access road and car park which is 38% completed.

The bulk utility comprises of an underground firefighting reservoir, a portable water tank and a wastewater treatment system.

Prior to touring the project site, Hon. Asiamah in the company of the Northern Regional Minister, Mr. Shani Alhassan Saibu, led the delegation to pay a courtesy call on the Overlord of Dagbon, Ya Naa Abukari II in Yendi, to ask his permission and blessings before going ahead to inspect the Tamale Airport project phase II.

Having inspected these facilities, Hon. Asiamah expressed satisfaction with the level of development of the Tamale Airport project phase II.

the facilities myself, I can confidently say that the project is within time and could be completed on schedule”, he noted.

The project consultant, Ecobuild Consult, told the delegation that the upsurge of COVID-19 pandemic in the United Kingdom and some other countries which culminated in the closure of airports and borders have had some adverse effect on their supply chain.

However, he said efforts are being made to complete all the procurement processes required for all the facilities.

The Regional Airport Manager, Tamale, Michael Omari, commenting on the facility said he is hopeful the project would be completed on schedule following which his outfit would embark on aggressive marketing to get all neighbouring countries patronize the facility.

“The economic potentials of this Airport is huge and so we are going to market it well with a special focus on cargo services. Tamale and its surrounding communities is a hub for animal husbandry, horticulture and agro-based products. Cargo delivery of these products to neighbouring countries will fetch us some good money”, he said.

Started in August 2019, the Tamale Airport phase II project being built on a 3,500 acres of land, is expected to be completed in the first quarter of 2022, the schedule time which could be extended to the end of 2022 once phase III of the project is incorporated into it.