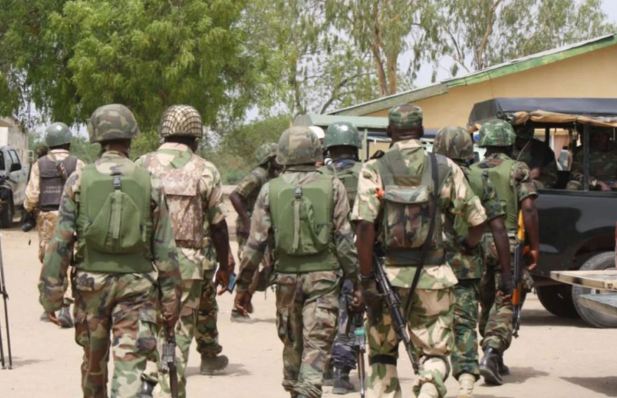 The opposition National Democratic Congress (NDC) have said that some military personnel deployed to the Tepa Senior High School (SHS) to maintain peace and order at a registration centre in the school prevented their agents from monitoring the ongoing exercise.

A statement signed by the Ashanti Regional Secretary of the NDC, Kwame Zu, said their agents were “physically prevented from undertaking their lawful duty by the military”.

According to the NDC, despite the Tepa SHS not qualifying to be used as a special registration by the EC having gazetted the area as having two registration centres, the election management body still deployed sixteen (16) BVRs to the school for the special registration exercise meant to register eligible final year SHS students.

“Unfortunately, heavy military officers were deployed by the state to the Tepa SHS and they prevented 14 of our agents from performing their lawful duties. Sadly, not even our Regional party monitoring agent, Mr. Brogya Genfi, who has been duly accredited by the EC was granted access to the registration centres”, the statement issued by Kwame Zu in part read.

To Zu, despite all efforts to get the military personnel rescind their decision, they still stood to their grounds, informing them that they have been ordered “to prevent all/any NDC official and agents from accessing the registration centres”.