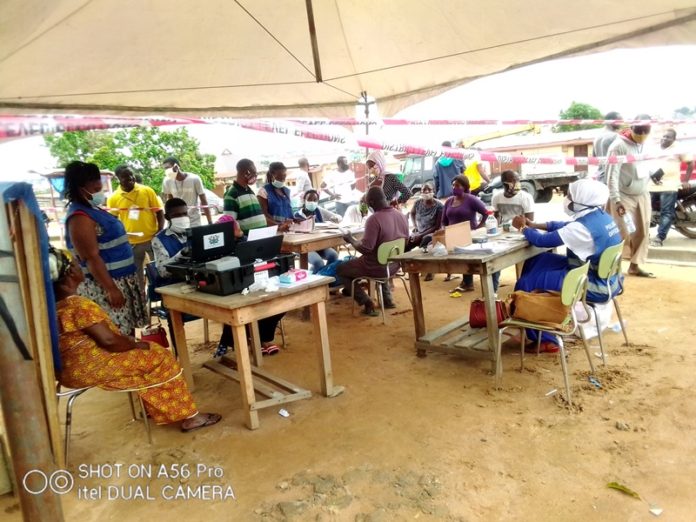 The Electoral Commission (EC) of Ghana says claims by the opposition National Democratic Congress (NDC) that their agents were prevented from monitoring the ongoing voters registration exercise at the Tepa Senior High School (SHS) and Prempeh College in the Ashanti Region are false.

Explaining itself in a statement released in Accra Monday, July 2020, the election management body said it informed all political parties about the planned registration exercise in those schools and requested to have their agents at the centres.

It the case of the Tepa SHS, it made available 16 kits for the exercise. It said as part of measures taken by the School to protect the students against COVID-19, the authorities limited the agents for each political party to two, with both the NDC and NPP consenting to the move.

According to the Commission, midway through the registration exercise, the NDC expressed dissatisfaction with the number of their party agents present and, consequently, requested to have an agent monitor each kit.

However, the the School authorities opposed the idea and called in security officers who restored calm for the continuation of the exercise without any intimidation or assault as alleged.

The Commission said regarding the registration exercise at the Prempeh College, the agents of the NDC did not show up despite a notice to all political parties about the registration.

“In the spirit of transparency and accountability the Commission delayed the registration until 1300 hours, five hours after the approved start time of 0700 hours”, the statement in part read.

The Commission said representatives of the NDC, however, arrived at the centre at 1700 hours, after 129 out of over 1,000 eligible applicants had been registered.

The statement restated the commitment of the EC to a successful registration exercise and called for the support of all.