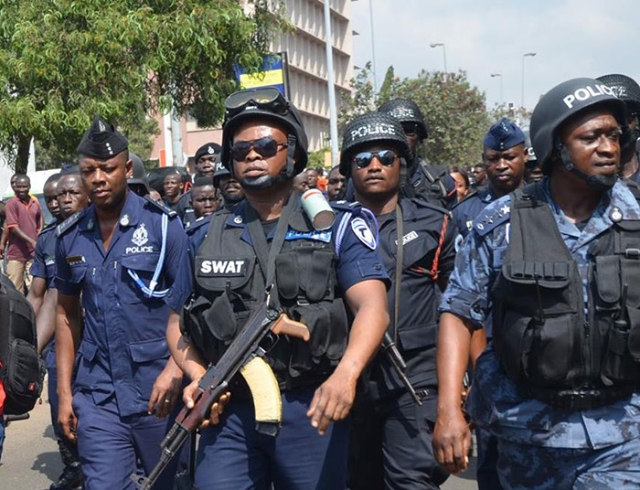 Seven ( 7) suspects have been arrested by the Accra Regional police command for obstructing the police in performing their duty and offensive conduct.

On the said day, two persons were arrested for brandishing machetes and engaging in acts likely to disrupt the ongoing exercise.

They were arrested by security details on duty at the center.

Whilst the suspects were being sent to the police station, some sympathizers on board a pickup crossed the the police vehicle and forcibly took the two suspects away with impunity.

The two suspects were rearrested together with five other suspects.