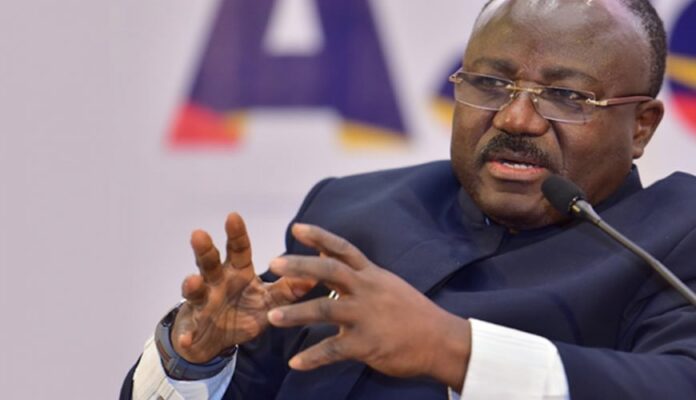 The Commission on Human Rights and Administrative Justice(CHRAJ) has banned the dismissed CEO of the Public Procurement Authority(PPA) Agyenim Boateng Adjei from holding any public office for the next five years.

This is after the CHRAJ found him guilty of conflict of interest.

The ban follows investigations by the Commission into revelations after investigations carried out by Investigative Journalist Manasseh Awuni Azore titled ‘Contracts for Sale’.

CHRAJ came to the conclusion after its investigations that the CEO used his office to acquire public contracts for his private company – Talent Discovery Limited which subsequently sold it to other companies.

“Given all the circumstances, including the overwhelming evidence and Respondent’s explanation and spirited defence, the commission considers the following actions as appropriate and proportionate having regard to the result of this investigation:

“1. The Commission has determined that the Respondent is unfit to hold public office and is therefore disqualified from holding any public office for a period of five years. Accordingly, it is hereby directed that no appointing authority of the State should engage or appoint the Respondent (Mr. Adjenim Boateng Adjei) into any public office howsoever described for the said five (5) year period beginning from the date of this Decision.

“2. Consequent upon the above determination His Excellency the President of the Republic of Ghana, as the appointing authority of Respondent, should terminate the appointment of the Respondent as CEO of the PPA,” portions of the 188 page report said.