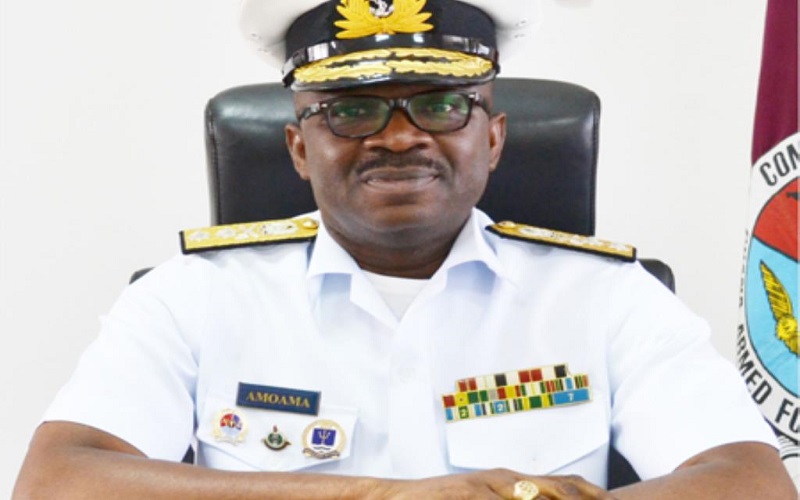 The President of the Republic of Ghana, Nana Addo Dankwa Akufo-Addo, has appointed the Chief of Naval Staff, Rear Admiral Seth Amoama, to act as Chief of Defence Staff.

A statement released by Jubilee House, signed by the Director of Communications, Office of the President, Eugene Arhin, said the appointment has been made following the completion of the tour of duty and subsequent retirement from the Ghana Armed Forces, on February 5, 2021, of the current Chief of Defence Staff, Lt. Gen. O. B. Akwa.

“The President has expressed his gratitude to him for his dedicated and meritorious service to the Ghana Armed Forces and to the nation”, the statement in part read.

The statement further revealed that the President has also appointed, with effect from Friday, February 5, 2021, Rear Admiral Issah Adams Yakubu, to act as Chief of Naval Staff, also pending consultation with the yet-to-be-constituted Council of State.

Rear Admiral Yakubu, until his new appointment, was the Chief of Staff at General Headquarters of the Ghana Armed Forces.

The President, the statement added, will, in due course, in accordance with applicable regulation, appoint a new Chief of Staff at General Headquarters of the Ghana Armed Forces.