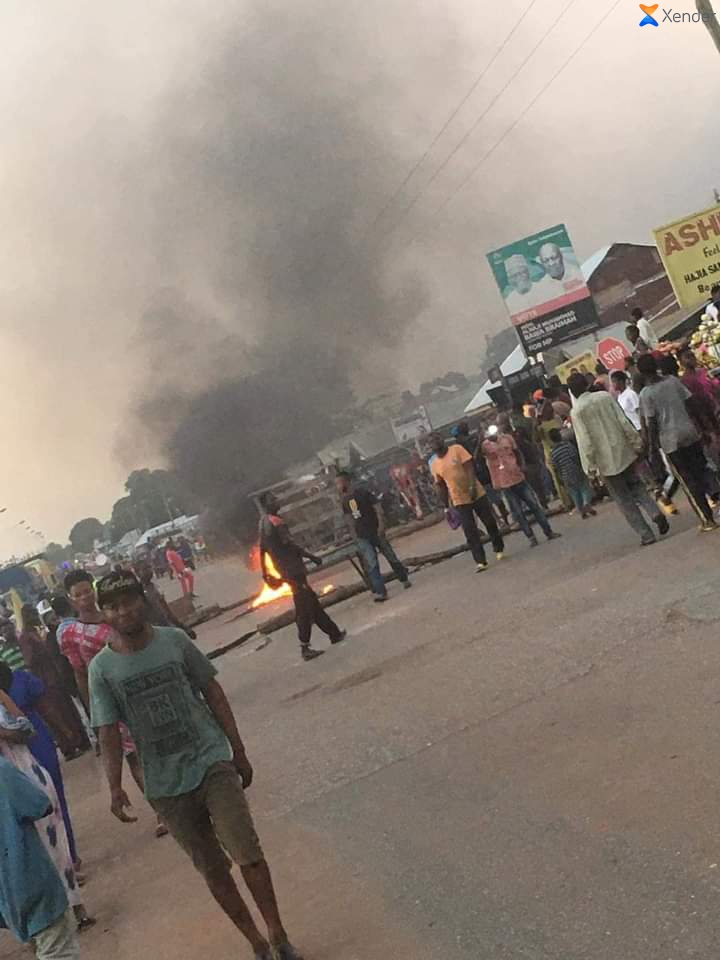 Protesting angry youth in Ejura in the Ashanti Region have demolished a party office belonging to the governing New Patriotic Party (NPP) following the murder of Anyars Muhammed Ibrahim, aka Kaaka, who is a member of the #FixTheCountry movement.

Their action comes after two suspects arrested in connection to the murder of Kaaka were linked to the Municipal Chief Executive of Ejura-Sekyeredumase, Alhaji Mohammed Salisu Bamba.

The residents believe the attack on Macho Kaaka was politically motivated, hence their decision to storm the NPP office at Ejura.

Kumasi-based Luv FM reports that the riot has led to four persons sustaining gunshot wounds while two were shot dead when the angry youth clashed with a joint police and military personnel.