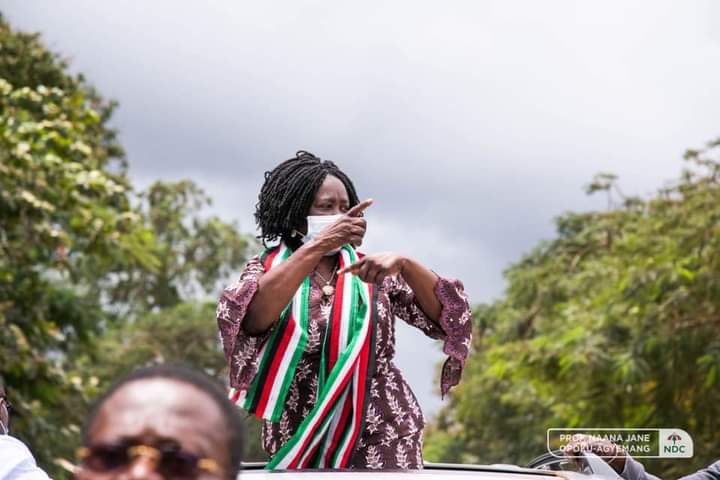 The tour which is scheduled to last four days will see her engage twenty-one constituencies in the region.

A statement released by the Spokesperson and Head of Communications, Office of the Vice-Presidential Candidate 2020, Mawuena Trebah, said the tour “promises to be an exciting series of interactive discussions with various prominent groups which include but are not limited to female traditional leaders, female associations, fisher folk, market women, professional women groups and other community stakeholders”.

According to the statement, the tour will also afford Prof. Opoku-Agyemang the opportunity to discuss pertinent areas of concern such as security, job creation, infrastructure, health and other key policies as outlined in the People’s Manifesto.