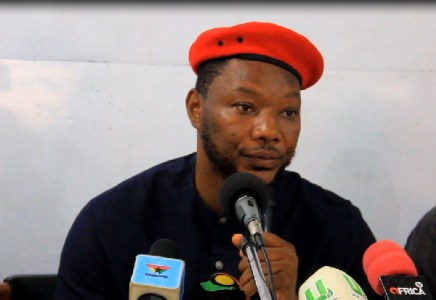 The Chairman of the Peoples National Convention (PNC), Bernard Mornah, says he has no regrets over his hate speech which was meant to caution the Electoral Commission (EC) of Ghana over the compilation of a new voters register for the conduct of the 2020 general elections.

The Police CID has invited Mornah over his alleged threats asking him to report to the CID boss on Tuesday, July 2, 2020.

“The CID Headquarters is investigating a case in which you were alleged to have threatened to resist any attempt by the Electoral Commission (EC) to compile a new voter’s register for the 202 general elections. You were also heard in a video interview to have threatened “that people who are already registered are going to be taken out of the voters, don’t you think that confusion will come at the registration station and if confusion come there, you think the EC will be safe, we will beat each other there, we will kill each other there if that is what the EC want to lead this nation to’. This statement was made at a press conference organized by the Inter-Party Against New Registration (IPRAN) on May 26, 2020 in Accra. It would be appreciated if you could report to the Director-General/CID on June 2, 2020 at 10:00am to assist investigations”, the CID letter of invitation to Mornah in part read.

The CID letter of invitation extended to Mornah follows a call by the General Secretary of the same party (PNC), Atik Mohammed, to arrest his boss over his alleged treasonable comments.

Reacting to the invitation in an interview with Accra-based Starr FM which was monitored by www.politicoghana.com, Mr. Mornah said the action by the Police is political and is not worried about such.

“I feel that it is a partisan issue because it is the central regional minister who opined that I should be invited or arrested and followed this morning, I was told by Atik Mohammed. And so I have no difficulty going to respond to it. I stand by every word that is captured by their letter and if I caution the Electoral Commission not to lead us into disaster and that means a threat, they can take it to where ever they want,” he told Starr News.

“This is an emotive issue because the polling station that I vote, the number of people who have passports are not up to ten including me. And the number of people with the Ghana Card is not up to a hundred and you are going to use that in a polling station where we have over Eight-Hundred on the register. That is why we have to caution the Electoral Commission to be careful because we are talking about something that bothers about the kind of leadership that this country is going to generate,” he explained.