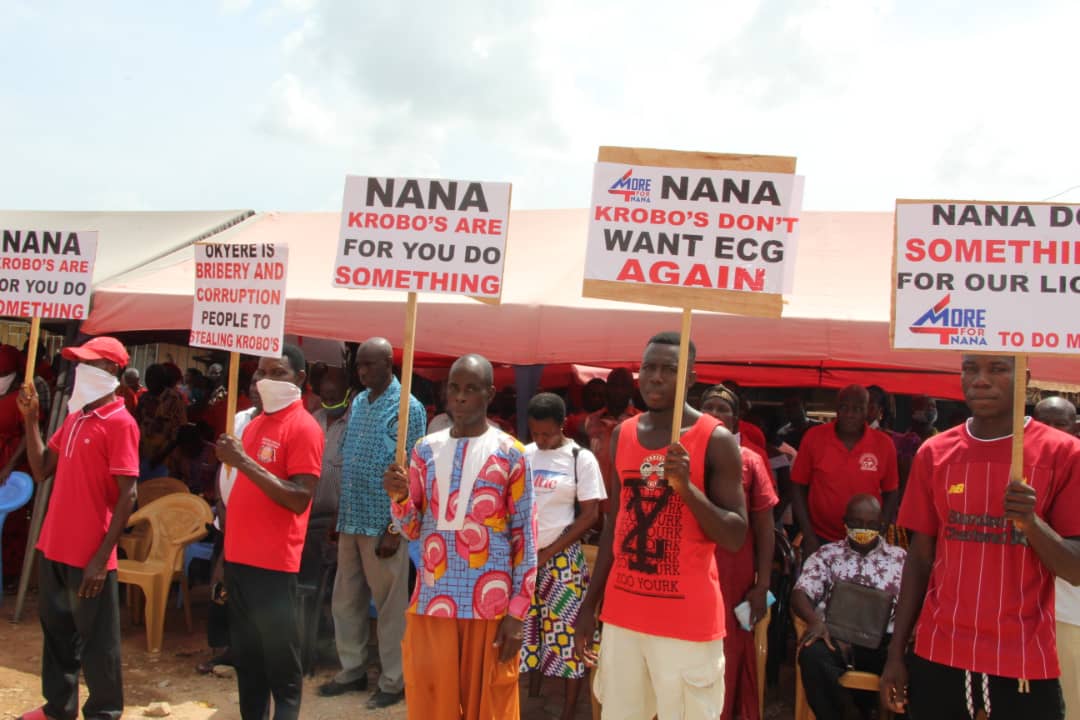 Residents of the Krobo area in the Eastern Region are calling on President Akufo Addo to intervene in the impasse between the customers and ECG on the protracted over billing saga.

The feud between town folks and ECG led to deadly clashes resulting in the shooting and killing of two protestors while at least five sustained gunshot wounds.

According to locals, the Energy Minister, John Peter Amewu promised to set up a committee to investigate the incident but indicated that the so-called committee never saw the light of day.

They contend there is still anxiety growing among locals that ECG will still go ahead to collect the outrageous bills in arrears.

Addressing the media on Thursday, the United Krobo Foundation called for government intervention to resolve the impasse asking for a total cancellation of the over-billed arrears since residents are not ready to pay.

” If the committee promised by the Energy Minister to look into matters in the overbilling saga is not available then we are serving a notice to the ECG and government that we won’t pay any arrears. Krobos are not saying we should be exempted from paying light bills but we won’t sit aloof to be burdened with these killer bills,” Boryor Nathan -Vice Secretary to the United Krobo Foundation said.

They claimed the entire Krobo enclave ought to get direct power from VRA instead of ECG.