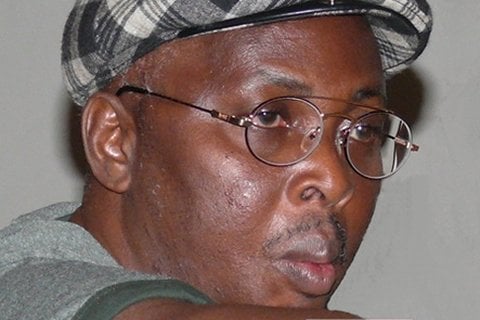 The Chief Imam, Sheikh Osman Nuhu Sharubutu has, through his benevolent heart, extended a helping hand to the construction of the National Cathedral.

The Chief Imam’s gesture has become the talk of the town as oodles of commendations keep on flooding from all corners of the country.

This wonderful enterprise that has endeared the peace-loving Chief Imam to thousands of Ghanaians irrespective of their religious beliefs, appears to have ripped through the heart of Abdul-Rahman Haruna Attah.

In his ever glaring pettiness, this fallen hero of journalism, in a piece he has written, did not only cast aspersions at the Chief Imam but also questioned his reasoning for the simple reason that he decided to offer a hand to the construction of the National Cathedral.

Haruna Attah indicates that the Chief Imam should not have any red carpet rolled out for him for donating GHS50,000 towards the construction of the National Cathedral.

He cannot bring himself to reconcile with the fact that no Christian leader made any donations towards the construction of the National Mosque, so why should the National Cathedral get to be treated preferentially?

He uses vulgar language to attack the integrity of the Chief Imam, and sought to denigrate him as being a leader of just a sect of Islam and Muslims but not the whole Ghanaian Muslims.

In the above analogy, one clearly gets the idea Haruna Attah is ferrying across. In his warped mind, the Chief Imam does not hold much sway and that he is not as important as he carries himself to be.

While flailing around with words which have the potential to set the country ablaze because of their inherent attacks, Abdul-Rahman Haruna Attah saws Akufo-Addo down with a theory that does better in confusing people more than providing them with a better judgement based on objectivity.

The usual nonsensical allusions, diatribes and bigotry are in full swing as Haruna-Attah perfects the art of deception by roping in matters that have values in terms of their propaganda effects than what the reality exudes.

His numinous but irremediable hatred for President Akufo-Addo cannot go unnoticed as he struggles to connect the dots, joins events together in his desperate attempt to make Akufo-Addo culpable for the sins he underscores in his piece.

The Cathedral maybe nonsensical to Haruna-Attah, millions of Ghanaians like him want the National Cathedral to be built to glorify the name of the Lord.

For someone who has been lurking around our political landscape for decades, one would think that he has the experience to know that the National Cathedral gives no one any political advantage.

One overstretches his mind to accommodate Haruna Attah’s accusation that Akufo-Addo intends to set a religious war by ‘forcing’ the Chief Imam to donate to a project that has received laudatory comments across the world.

Haruna Attah, by the above narrative, seems to suggest that the Chief Imam is not a man of his own. That is insulting!

The once revered Haruna Attah saw no loophole anywhere. He only tried to create one just to set Akufo-Addo up for attacks.

This opportunistic, chameleonic and bitter Haruna-Atta is free to write whatever pleases him but it will lead to no where. The effects of the lies he has been churning out cannot in any way impact adversely on the thinking of the millions of Ghanaians who have welcomed the building of the National Cathedral.

In all these, the underlying cause for these effusive fulminations cannot elude us: He wants Mahama back to office so that what used to be his portion could run back to him. He is living in a dream world.

The author of this opinion piece is P.K.Sarpong, Whispers from the Corridors of the Thinking Place.