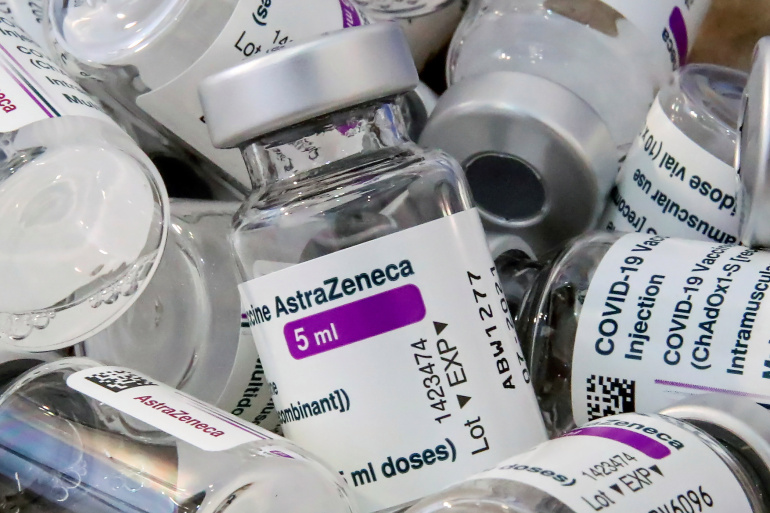 The government is scheduled to take delivery of one million, five hundred thousand (1,500,000) doses of Astra Zeneca vaccines donated to the country by the German government, according to the Director of Communication at the Presidency, Eugene Arhin.

He says President Akufo-Addo is dispatching a flight to the Federal Republic of Germany to airlift the vaccines to Ghana.

Addressing the Presidential Press Corps at this week’s edition of the Jubilee House press briefing, Mr. Arhin says following President Akufo-Addo’s meeting with the German Chancellor, Angela Merkel, during his just-ended visit to Germany, the German government has donated 1,500,000.00 doses of AstraZeneca to the country.

“The German Chancellor I am happy to inform the Ghanaian people made it known to the President that a total of 1,200,000 vaccines were to be given to Ghana, basically, the Astra Zeneca Vaccines. A few hours ago, I got confirmation from the President that this has increased from 1,200,000 to 1,500,000 and steps have already been taken, in fact, according to the President, he is dispatching a plane immediately to go to Germany to take delivery on the 1,500,000 doses of the Astra Zeneca vaccines” Eugene Arhin said.

Meanwhile, more than half of the backlog of people awaiting their second shot of the AstraZeneca COVID-19 vaccine are expected to take the jab, starting Tuesday.

The nationwide exercise, expected to be concluded on Saturday, is targeting people above 18 who received their first dose of the AstraZeneca vaccine from March 10 to 29 this year.