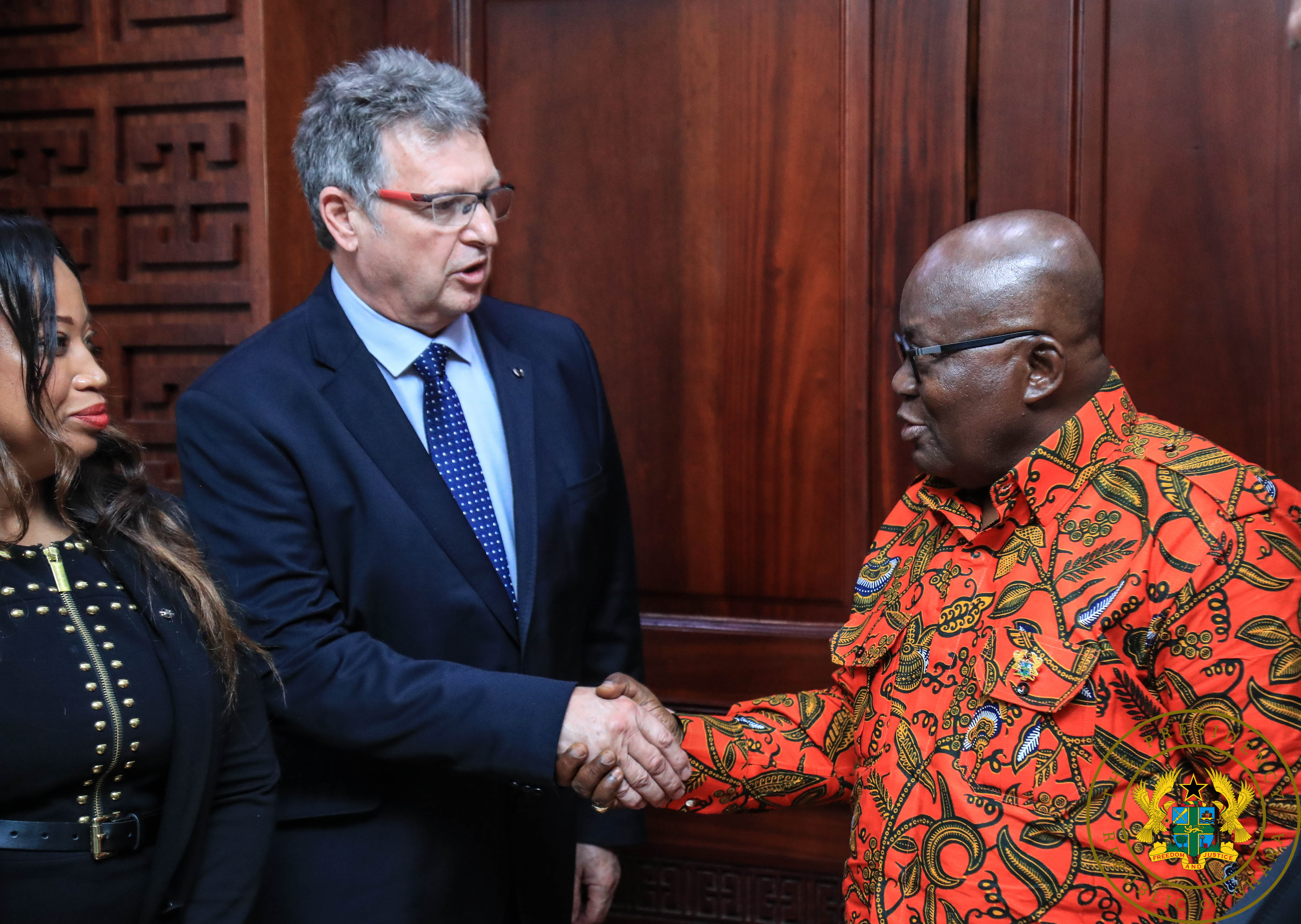 Ghana has signed a Memorandum of Understanding with Nissan Group of Africa for the establishment of an automotive manufacturing industry in Ghana, which will make Ghana the hub for sales and marketing of Nissan in West Africa.

This was announced on Tuesday, 6th November, 2018, when the Managing Director of Nissan Group of Africa, Mike Whitfield, paid a courtesy call on President Akufo-Addo.

According to Mr. Whitfield, Nissan aims to be the first carmaker to assemble vehicles in Ghana, building on its market leadership in the country.

Nissan models, he explained, accounted for 32.8% of vehicle sales in Ghana last year, with the company’s cars, pickups and SUVs sold through a national network of six sales and service outlets.

“Nissan is the most popular auto brand in Ghana because the quality of our products and services has won the trust of our customers,” Whitfield said.

He continued, “We want to build on our leadership by supporting the government to create the environment for a successful automotive manufacturing industry in the country. Building vehicles in Ghana will enable us to further improve the products and services we offer to our customers here and will have significant, long-term benefits for the economy in terms of jobs and growth.”

On his part, President Akufo-Addo welcomed strongly the decision by Nissan to establish an automotive manufacturing industry in Ghana.

The President explained that his administration had embarked on a journey on moving the country away from being mere producers and exporters of raw materials, with a focus on value-addition and industrial activities.

One of the areas of focus, he stressed, was the automotive industry, the reason why his administration has spent the last 22 months strengthening the fundamentals of the Ghanaian economy to attract such investment.

“To have at A+ company like yours in Ghana is positive, and we welcome you strongly. We hope that the MoU that will be signed will not just remain an MoU but will translate into concrete benefits for us all,” President Akufo-Addo said.

The Minister for Trade, Alan Kyerematen also praised Nissan’s commitment to Ghana, saying, “we welcome this MOU and commit ourselves in turn to working with Nissan to create the necessary environment for the level of investment that will make Ghana’s automotive sector a reality.”

Industrywide vehicle sales in Ghana have been growing steadily at an annual rate of about 10% and now stand at about 9,150 vehicles a year.
Working closely with the government of Ghana and with other members of the African Association of Automotive Manufacturers, Nissan will provide its global expertise to establish a sustainable auto manufacturing industry in the country.

The agreement builds on Nissan’s investment in Nigeria where, in 2013, the company became the first major automaker to assemble cars.

As part of Nissan M.O.V.E. to 2022, the company plans to extend its leadership in electric vehicles, symbolized by the world’s best-selling all-electric vehicle in history, the Nissan LEAF.

Renault-Nissan-Mitsubishi is today the world’s largest automotive partnership, with combined sales of more than 10.6 million vehicles in calendar year 2017.