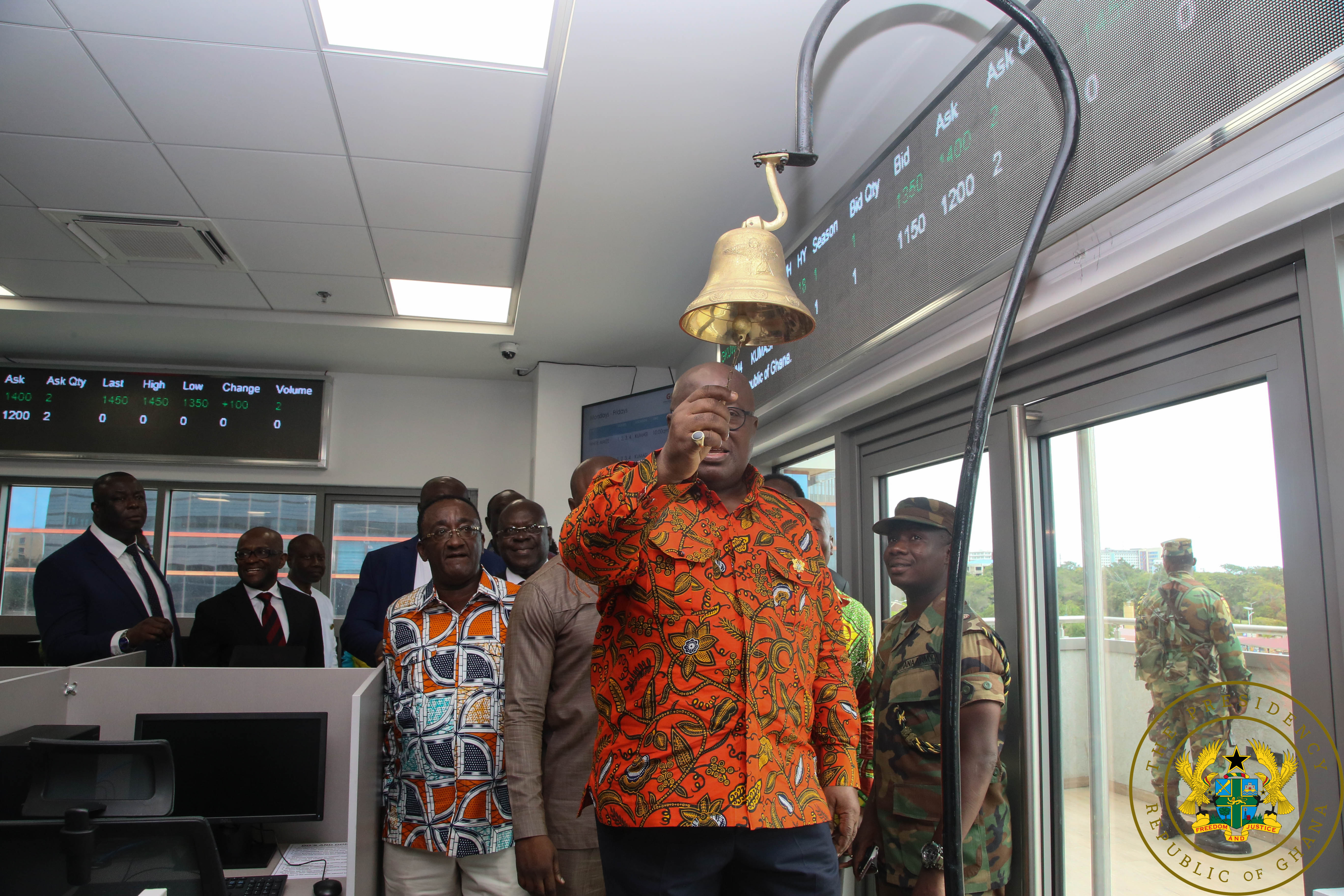 Speaking at the event, President Akufo-Addo noted that the Ghana Commodity Exchange, the first in West Africa, is going to be one of the key drivers of realising his government’s vision of becoming the agricultural hub of West Africa.

Even though Ghanaians farmers are responsible for feeding a nation of some twenty-nine million (29,000,000) people, the President stated that they are amongst a class of workers in the country with no guaranteed incomes for their labour and efforts.

“On their own, some of them have to deal with commodity price volatilities, and many possess little to no knowledge of the true value of their produce. Even worse is the fact that most transactions in the agricultural sector are conducted by word of mouth or handshake agreements. Most often, there are no formal contractual agreements in place, resulting in trade disputes which undermine our marketing system,” he said.

The President noted that agro-industry players also have major concerns, with varied qualities of the same commodity often mixed together and sold, with a clear disregard for accuracy in weight, and also the non-existence of a national system for the weighing and standardizing of the quality and quantity of commodities.

These challenges, he stressed, have given rise to the employment of costly solutions and alternatives in dealing with them.

They include engaging out-grower schemes to tie producers to delivering outputs or extending considerable amounts of input financing, and investing in networks of collection centres where buyers are compelled to inspect produce themselves physically in order for them to be assured of what they are purchasing.

With agricultural super-powers employing better ways to address these problems and satisfy both the producer and the buyer, President Akufo-Addo noted that the time has now come for Africa to focus on creating formal market institutions.

“The Ghana Commodity Exchange, the platform for buying and selling listed commodities, will, thus, become the first of its kind in West Africa, and one of only three operating on the African continent,” he added.

The President indicated that a decision has been made for the Exchange, as a start, to trade in agricultural commodities, specifically with food security crops, with additional commodities set to be traded at the Exchange.

“Government will make sure that the Ghana Commodity Exchange delivers on its mandate, and promotes high productivity, price stability, increased exports, and reduced imports of commodities. The Exchange, in light of the emerging regional and continental free trade area can position Ghana as the premier West African global trading hub,” he added.

With an estimated one million farmers, in the next 18 months set to be integrated into the Ghana Commodity Exchange and Warehouse Receipt System, President Akufo-Addo stressed that Ghanaian farmers will gain access to secured storage for their harvest and good warehousing management practices, substantially reducing their post-harvest losses, and improving their take home sales; affordable short-term loans using their commodities as sole collateral, as well as managing borrowers’ credit and default risks; and daily real time market and price information directly via text messaging.

He, thus, urged all Ghanaians to get involved to make this a success.

“To our traditional rulers here, I encourage you to help with the sensitization drive to improve the lives of your peoples; to our farmers, be part of the knowledge sharing within your communities so everyone benefits. Buy and sell through the Ghana Commodity Exchange,” he added.