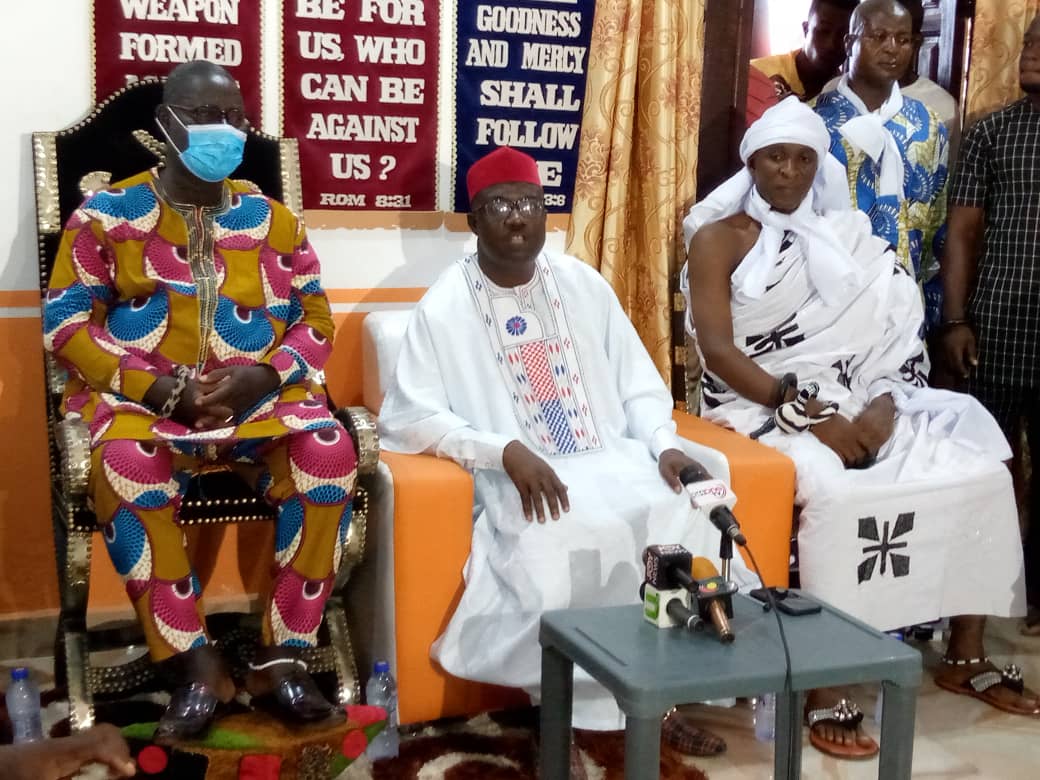 In some few days to come, estate developers in Tuba, Langma and Kokrobite will be subjected to strict proof of their landed property by producing their document to a Task Force made up of traditional rulers and security personnel, for verification.

The exercise, which will be spearheaded by the Nii Arde Nkpa Royal Family of Plerno, owners of the landed properties in the communities mentioned above, is dubbed “Operation Produce Your Document” which is the second phase of the umbrella exercise called ‘Operation Getting Things Done Right.

The yet-to-be embarked upon exercise follows a High Court ruling affirming the Nii Ardey Nkpa Family as the owners of the landed properties in Tuba, Langma and Kokrobite in the Ngleshie-Amanfrom-Bortianor constituency.

Head of the Nii Arde Nkpa Family, Daniel Nii Arde Tagoe, told journalists after visiting their custodians in the three communities on Thursday, May 13, 2021, that the initiative has become necessary following the passage of the Land Act which does not have sympathy for anyone who deals in double sale of land.

“We are going to embark on vigorous regularization of documents – Produce your document. Every developer on our land must take notice of this and when such time reaches, the rule of game is compliance. If you refuse to comply, we will assume that you came to steal our property. If you know you have a genuine claim of the land, when the time reaches, produce your document. Our job is verification to know whether you bought it from the right sources.We want to know whether your document is genuine and when it is genuine, it is incumbent on us to protect your land”, he noted.

He added “The era where land property is sold to two or three people is over. This is not a witch-hunting exercise or to penalize anybody. It is an exercise meant to create a digitize database. It is proper in the sense that where we have reached as a family, we have to support the government to make the system work better for all of us. So, we are also going to clean the system. With a digitized database, the chiefs cannot say that I signed a document without going to the site. Ignorance of the law is no excuse. So, we need to also do things that will protect us. We don’t want to fall victim to the law and go and stand at the law court and pretend as if we don’t know what we have done. The law cannot bail you out. If you don’t have authority to make sales, don’t make any grant. If you have the authority, don’t make double grants. The law is so clear”.

Some media reports suggest that one Frank Luis has claimed to have power of Attorney from the Nii Arde Nkpa Royal Family of Plerno to sell landed properties in Tuba, Kokrobite and Langma on their behalf.

However, Nii Arde Tagoe described the claims as false, cautioning that anyone who has done business with the said Frank Luis as far as the sale of Tuba, Langma and Kokrobite lands are concerned, did so at their own risk.

“It is not only Frank Luis that we are hearing, we know about a lot of people who took advantage of our litigation in court to also sold parts of our land. We are not going to bulldoze peoples’ property. We are not going to clear people. You just have to comply and there will be no chaos. When you produce your document, for example, if it is from our predecessors, we just have to endorse it for you. But when you come and we realize that you bought the land from a different source other than the right source, then we will tell you our language and if you comply, we move on. If not, you just have to remove your building property and leave our land for us”, he stressed.