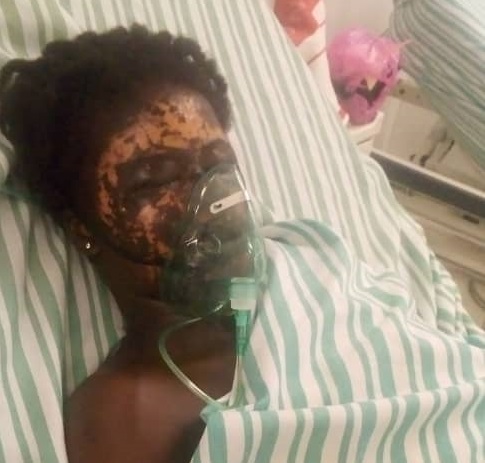 A trotro-driver, Frederick Addy, has been sentenced to ten years in prison by a Weija Circuit Court presided over by His Honour, Bernard Bentil, for pouring acid on his girlfriend, Florence Offeibea.

Addy, 37, who comes from Nsawam in the Eastern Region, will be spending the years at Ankaful Prisons in Cape Coast in the Central region.

His Honour, Bernard Bentil, in pronouncing the judgment at a hearing on Friday, May 7, 2021, said Addy, was to serve his jail term with hard labour.

Corporal Sylvia Abbiw of Kokrobite CID, who investigated the case told www.politicoghana.com in an exclusive that Addy and Offeibea have been in sexual relationship for five years and have two children between them.

The two, she noted, had some misunderstanding about four months ago, provoking Addy to throw Offeibea’s belongings out.

Offeibea, 29, who is a hair dressing apprentice, then gathered her belongings and went together with her children to stay with her parents at Oshiyie, near Kokrobite in the Ga West Municipal Assembly.

Having stayed there for some time, and with no sign of Offeibea returning, Addy then went to Oshiyie demanding that his girlfriend and the children return home.

Offeibea, this portal understands, did not give in to Addy’s demands with the reason that she and the children never received any money for their upkeep during the period.

In the heat of the argument, Addy then poured acid on Offeibea’s face and tried to abscond but was overpowered by some residents and handed over to the Kokrobite Police.

Offeibea was then sent to the hospital for treatment.