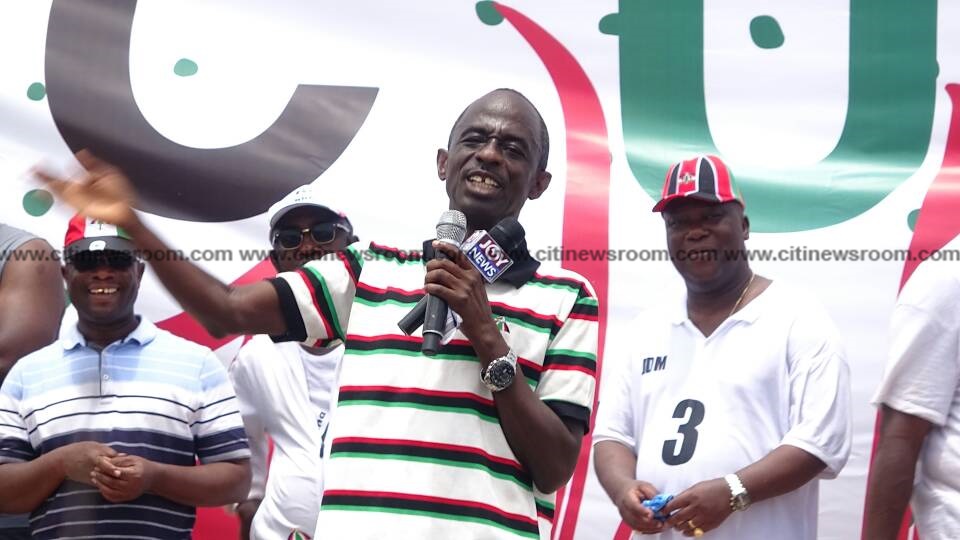 The General Secretary of the National Democratic Congress (NDC), Johnson Asiedu Nketiah, has assured deprived communities across the country that, the next NDC administration led by John will expand access to water and electricity to benefit all communities.

Addressing a mini durbar of chiefs and the people of Kajaji in the Sene East Constituency on Thursday, September 17, 2020, Mr. Nketiah said the NDC will also ensure that all abandoned projects including roads, educational and health facilities, are completed to improve the quality of the lives of people.

Nketiah known in the political circles as General Mosquito, further assured that the party’s manifesto contains policy proposals and projects that have been well considered and packaged to address the priority needs of Ghanaians.

Referring to the NPP and President Akufo-Addo’s desperate rush to implement many of the NDC’s manifesto promises, Mr. Asiedu Nketiah said their action is a reflection of their desperation for power, adding that “these were the same people who were mocking John Mahama when we stepped out to listen to the people and appreciate their desires before putting the manifesto together.”

He also stated that President Akufo-Addo and his government have been a failure, and now seeking to run a campaign based on lies.