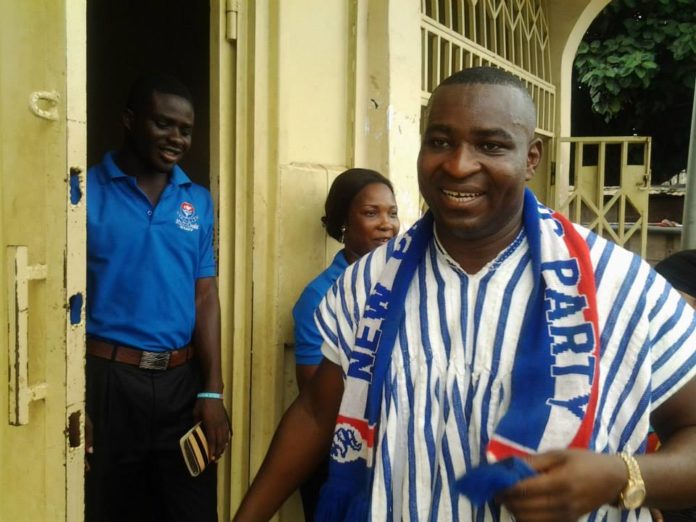 The Ashanti Regional Chairman for the ruling New Patriotic Party (NPP), Bernard Antwi Boasiako has clinched the top spot for the individual with the most abusive language on radio, for the month of August.

The NPP as a whole also came tops for the highest occurrence of indecent expressions for the same period.

In an electioneering monitoring project by the Media Foundation for West Africa (MFWA), Chairman Wontumi, as he is popularly known, was cited for his foul utterances on his Kumasi-based Wontumi Radio platform.

The project dubbed the “Promoting Decent Language and Issues-based Campaigning for Peaceful Elections in Ghana in 2020” is aimed at contributing to peaceful elections through issues-based campaigning devoid of hate speech and indecent expressions that could heighten tension and feed into election-related violence.

“The August edition of the Media Foundation for West Africa’s (MFWA) Language monitoring on radio has cited the Ashanti Regional Chairman of the ruling NPP, Bernard Antwi Boasiako, also known as Chairman Wontumi, as the most abusive individual on radio.”

“The NPP and Kumasi-based Wontumi Radio recorded the highest incidents of indecent expressions. Over the monitoring period (August 1-31), a total of 1,019 radio programmes were monitored on 15 selected radio stations across the country.  The programmes included news bulletins, and political/current affairs discussions aired on the 15 radio stations”, the 14-page report added.

Other personalities who followed Chairman Wontumi are the Member of Parliament for Assin Central and owner of Ken City Media, Kennedy Ohene Agyapong (Hon.) and the host of Power FM’s Inside Politics, Mugabe Maase.

According to MFWA, a total of 99 indecent expressions were recorded by 34 individuals.

The 34 individuals who made the indecent expressions featured on the radio programmes as hosts, discussants/panelists, interviewees and callers.

12 out of the 15 radio stations monitored recorded indecent expressions.

Meanwhile, the MFWA has urged political parties, especially the NPP and the NDC to put in their communicators in check, by sticking to issues-based conversations rather than vulgar, unsubstantiated claims that have the potential to derail healthy interactions.

Moreover, it charged radio station presenters and moderators to not only uphold professionalism and the ethics of journalism but likewise desist from inviting panel who cannot control their words.

The National Media Commission (NMC), the Ghana Independent Broadcasters Association (GIBA) and the Ghana Journalists Association (GJA) have equally been encouraged to use these findings and subsequent ones to inform remedial actions and processes.

Finally, the electorate has been encouraged to use the findings as a yardstick to know which political parties engage in issues-based public discourse to help inform and guide their voting decisions.

The Elections Campaign language monitoring is further being implemented in Cote d’Ivoire and Niger with funding support from OSIWA.